Pulkit Samrat has starred in an array of different films and proved that he is the master of versatile roles. And he is back again with a suave new look in Taish with an eye-catching hairstyle. A very different style for Pulkit, his character Sunny has a salt and pepper look created by the master hairstylist Aalim Hakim. Aalim is a master of his craft and has previously worked with the likes of Varun Dhawan, Hrithik Roshan, and Vicky Kaushal, Ishaan Khatter to name a few. He is best known for his transformative hairstyles and sharp cuts. 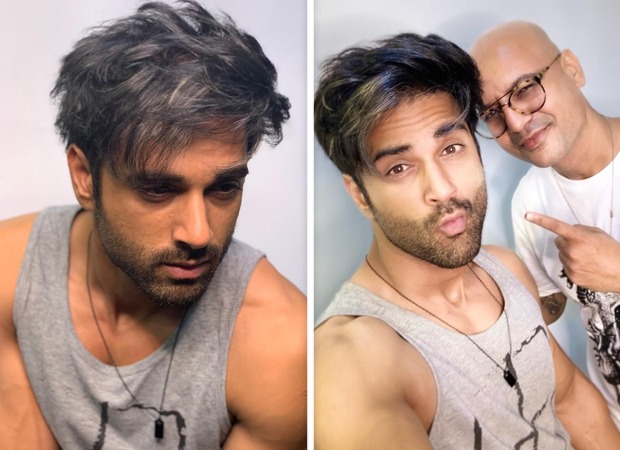 When asked about this avant grade look, Aalim shared, ‘Pulkit used to send me references of blonde hair, blue hair, and various colours. He really wanted to go crazy with the hair. And then we came up with the idea of going platinum, really ashy really white-silver hair. The haircut we did was very edgy, we used a lot of razor work. Platinum is very unique; I have never seen any actor do it earlier. Pulkit has done it and is pulling it off very well, as you can see in the trailer also. He told me that there is a lot of drama a lot of action and chases in the film, and I said why can’t we have some drama in the hair as well. So you will see there is a lot of drama in the hair, it is a little wild, a little whacked out, and at the same time, it is very cool, very sexy. It’s a different hairstyle and it is going to set a trend, to have really platinum hair. A young face with grey hair looks really sexy. It looks great on Pulkit. It took really long for us to do it, it took us around four hours, but the end result was fantastic.’

Each element of a character adds something to the character’s persona, and this unique look surely makes us see Pulkit in a new light. A never seen before avatar for the young star, we are curious to know more about his story.

Also Read: Taish: Kriti Kharbanda says she had no clue that beau Pulkit Samrat had also signed the project