Rolling Stone has made its way to Korea. Their first magazine issue features P Nation artists led by PSY. The South Korean record label and entertainment agency was founded on October 29, 2018 by singer and producer PSY. 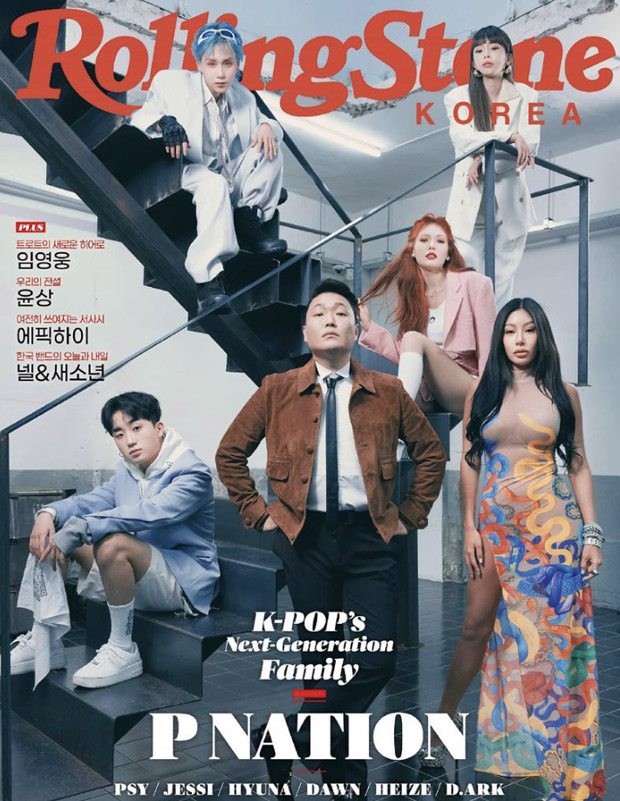 Along with PSY, Jessi, HyunA, Dawn, Heize and D.Ark are leading K-pop and Hip Hop stars in the country along with massive following internationally. All were featured on the cover with strong style game, vibrant colours to some ultimate suit piece giving away major fashion goals.

Rolling Stone Korea said, "We had a lot of thoughts as it was the cover of the first issue, and we decided that it would be a choice without regret if I was with the P Nation artists led by CEO PSY."

All of the artists recently released their respective mini-albums.