Sajid Nadiadwala never losses a chance to cherish the special moment in his actors life just the way he did with his Bawaal lead Varun Dhawan by surprising him while making an instant visit on the set in Lucknow along with Ravi Udhayar who will be directing Nadiadwala’s next Sanki with Varun. 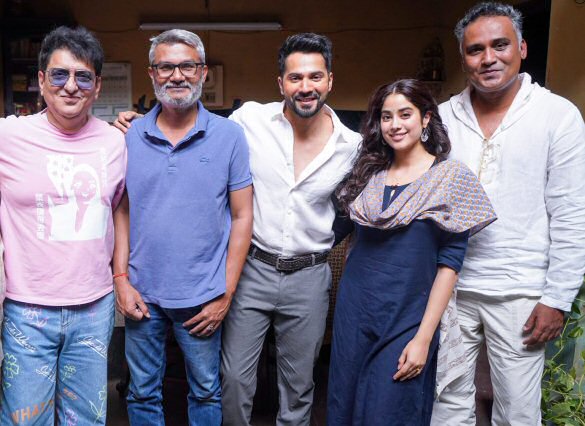 As the recently leaked dashing picture of the actor from the sets of Bawaal have already raised the anticipation of the fans and now a new update jumped in from the sets when the producer Sajid Nadiadwala made a sudden visit to mark the special occasion of Varun Dhawan's birthday. The producer and the actor seemed very happy as they were seen sharing the cake with the director Nitesh Tiwari while the actress Janhvi Kapoor was also seen joining the team in the celebration. This gesture from the producer has plugged in a new energy not only in the actors but also on the sets. While more update coming in about Varun Dhawan, as he will next seen in Ravi Udhyavar's Sanki. 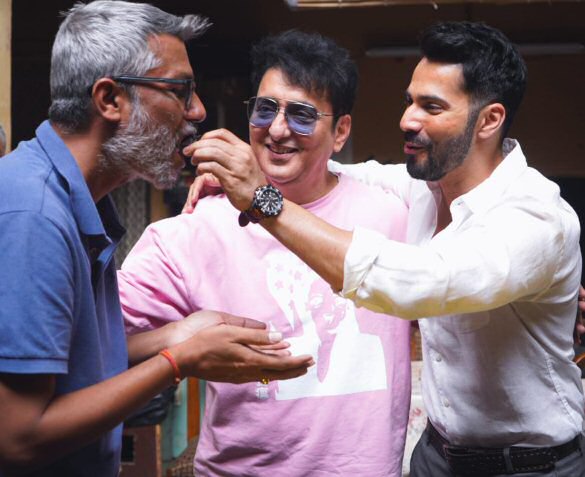 Also Read: Varun Dhawan celebrates his birthday on the sets of Bawaal; says “It ain’t my sweet 16″