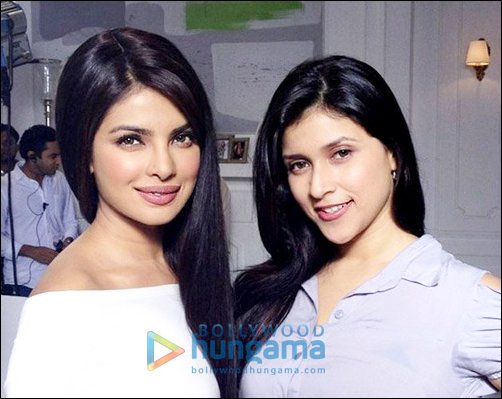 After Parineeti Chopra, another pretty cousin of Priyanka Chopra is trying to make her name in tinsel town. The girl in question is Priyanka's cousin Barbie Handa.

PC and her cousin sister Barbie recently shot for a commercial for Dabur. PC introduced her cousin on twitter, she tweeted, "Now shooting for Dabur!! Phew been a long day.. And just getting longer! But excited to shoot with another cousin Barbie! Will post pics!"

Sharing this picture, PC tweeted, "Promised a picture... So here it is... Me and my cousin Barbie at the Dabur shoot."

Apparently, Barbie has already worked in some south flicks.