Priyanka Chopra is leaving no stone unturned to make sure that her beau Nick Jonas gets the taste of real India. Priyanka and Nick came to India a while back and PC without wasting any time made him meet her mother Madhu and her close friends from the industry. Later, they took off to Goa for a monsoon vacay with brother Siddharth Chopra and cousin, actress Parineeti Chopra. While Parineeti came back in a day, PC is still enjoying sun, surf and sand with her beau and bro. She has lovingly tagged them as ‘My favourite men’ and posted a candid of them on the beach. Later a picture of her dressed in a white dress looking at the sea surfaced on the net. The Quantico babe has never looked this happy and we are so glad that she finally found someone special who makes her so content! 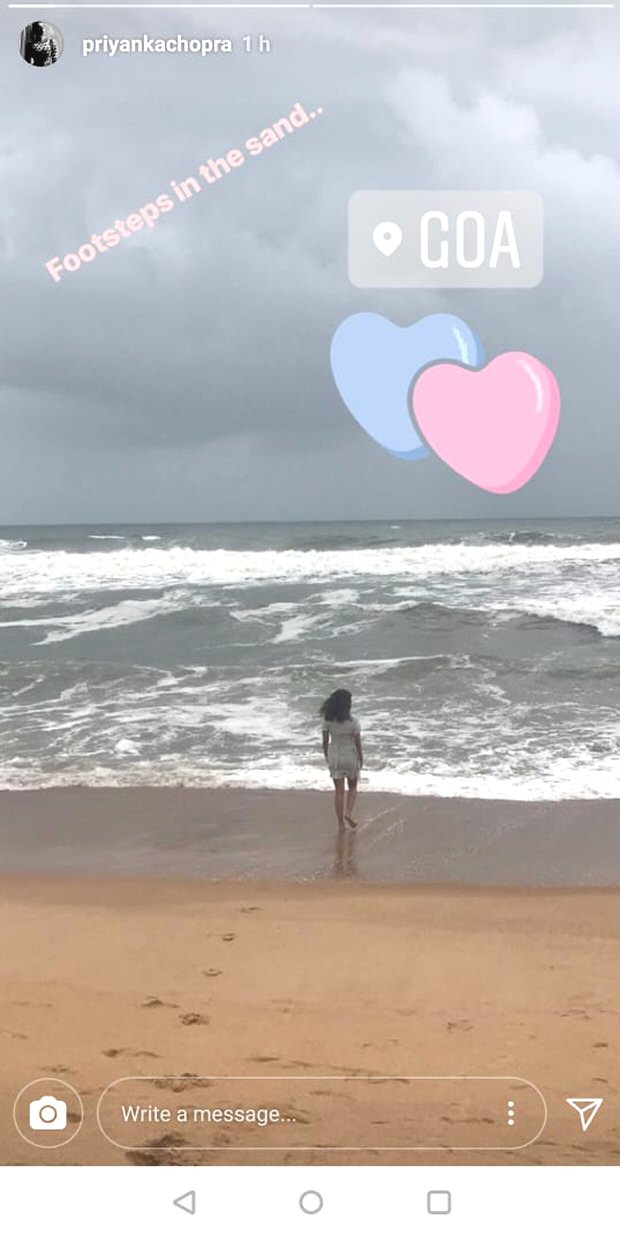 Parineeti who came back from Goa spoke to press about her getaway and said that since it was a long time since she saw PC, she ran to her literally! She said she was just there in Goa for 24 hours but it was well worth it. Because it was a get together of their close knit group of family and friends and it was long overdue. Parineeti had shared a video of PC dancing on ‘Tip Tip Barsa Pani’ and later a picture had come out of them enjoying a spread of sumptuous lunch at their hotel.

Work wise, PC will star work on Salman Khan’s Bharat by September. The movie also stars Disha Patani and it is set to be her massive comeback movie in Bollywood.