Priyanka Chopra, Ranveer Singh, and Arjun Kapoor recently celebrated the 7th anniversary of the movie Gunday on February 14. It was the first time trio starred in the film together after which Priyanka and Ranveer went on to star in Dil Dhadakne Do and Bajirao Mastani. As Priyanka is busy with the promotions of her memoir 'Unfinished', the actress was seen in conversation with Singh virtually, earlier this week. 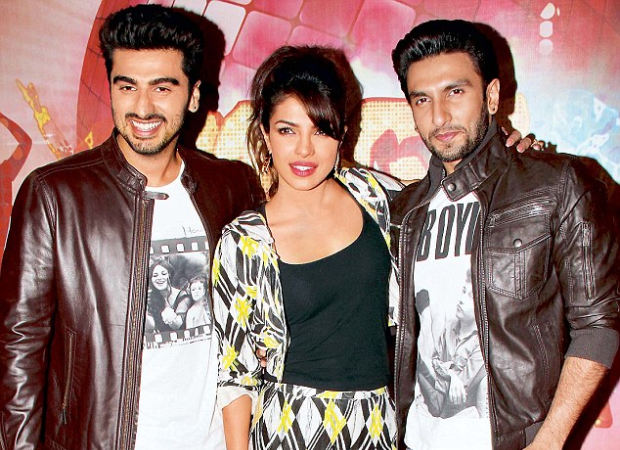 During their chat, Priyanka revealed how she, Ranveer Singh, and Arjun Kapoor would dance to Urmila Matondkar songs especially 'Tanha Tanha Yahan Pe Jeena' from Rangeela. Recalling one of those parties with Gunday co-stars, the actress said, “I’ll never forget you, me and Arjun, late-night googling Urmila Matondkar, and for five hours dancing to Urmila songs, especially 'Tanha Tanha'.”

Ranveer said that how he would turn into this gossip aunty every time Priyanka would return from the US to know what's going on in her life. “I remember one of these nights when she had come back from a long trip to LA. Ritesh had hosted some of his friends at his house because PC was in town. That night, PC was holding court, everyone was around her, and I was the main janaani (gossip aunty). I was like “aur bata, aur kisse mili, aur kaun tha, usne kya bola," he said.

???? #1 Ranveer Singh in conversation with @priyankachopra :

A Night In With Priyanka Chopra #Unfinished pic.twitter.com/nfduERirY9

A Night In With Priyanka Chopra #Unfinished pic.twitter.com/ze2sEPmFVT

Priyanka Chopra released her memoir 'Unfinished' last week where she has made some revelations about her life, personal equations, the film industry, and more!