Priyanka Chopra has been stationed in London for a while for the shoot of her series, Citadel. The actress took some time off of her work schedule to attend the women’s final at Wimbledon on Saturday (July 10) in London, England. The actress wore a matching mask with her dress and looked beautiful. 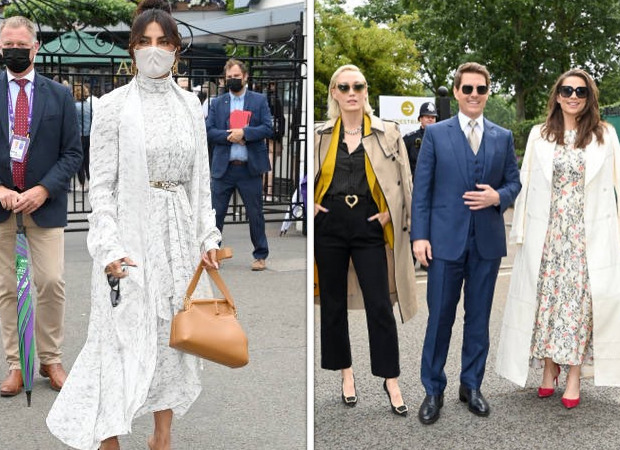 Apart from her, her A Kid Like Jake co-star Claire Danes and her husband, The Good Fight actor Hugh Dancy were also in attendance. Priyanka Chopra sat two rows behind Prince William and Kate Middleton where Australian tennis player Ashleigh Barty took home the trophy.

A set down, it isn't mission impossible from here to win for Karolina Pliskova#Wimbledon | @TomCruise pic.twitter.com/0HoYtt3kud

Priyanka Chopra in the Royal Box at #Wimbledon pic.twitter.com/SZ4f2btc14

In attendance at the finals were Mission Impossible: 7 stars. They have been shooting in London for a while and decided to attend the match together. Tom Cruise looked sharp in a navy blue suit whereas Hayley Atwell made an impression with her flowy dress and a blazer. Pom Klementieff looked sharp in a yellow blazer over a pantsuit.