Priyanka Chopra Jonas and Nick Jonas celebrated their first Easter Sunday as a married couple yesterday and the pictures are absolutely adorable. The two posed for a couple of pictures and we can’t help but gush over them. PCJ and Nick are smitten by each other in the pictures and we can’t help but fall in love with this couple all over again. Dressed to their T, Priyanka and Nick looked dapper. In the picture that Nick posted, the two are smiling from ear to ear and look like they are enjoying the bliss of being married! 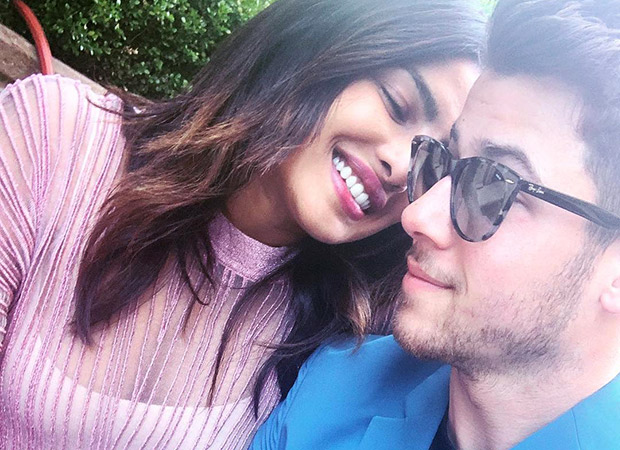 Nick captioned the picture as, “Happy Easter to you and yours! From me and mine. ❤️????” Dressed in a stunning pastel pink skirt and blouse, PCJ is upping the fashion game like never before. Nick was dressed in a teal blue suit with a black t-shirt, looked no less stunning totally at par with his wifey. Priyanka uploaded a picture with Nick and mama Denise Jonas, holding Easter hampers. She captioned the picture as, “Happy Easter from ours to yours.. ???? @papakjonas ???? ❤️????” Take a look at these pictures.

On the work front, Nick Jonas recently released the second music video of his reunion album with his brothers Joe and Kevin. The single was titled Cool and Priyanka did not hold back from giving out a Bollywood reference to Nick’s moves in the music video. As for Priyanka, she has recently announced a movie with Mindy Kaling that will be shot in USA and India both. Apart from that, she wrapped up the shoot for The Sky Is Pink, a Shonali Bose directorial. The movie also stars Farhan Akhtar and Zaira Wasim. It is based on a couple who end up losing their kid to an incurable disease and choose to celebrate their child’s life instead of mourning the death.

Also Read: Priyanka Chopra Jonas posed for the cover of Vogue Netherlands in her wedding dress and we can’t get over it