Priyanka Chopra has been a face of several leading companies. A couple of months ago she was roped in as the global brand ambassador for Harman – JBL® and Harman Kardon® audio brands. As their ambassador, she is required to participate in a series of marketing initiatives including social media and brand awareness events for JBL and Harman Kardon. The actress is currently in Las Vegas to represent the brand at the ongoing JBL Fest. At the ongoing fest, Priyanka Chopra met up with music maestro AR Rahman. 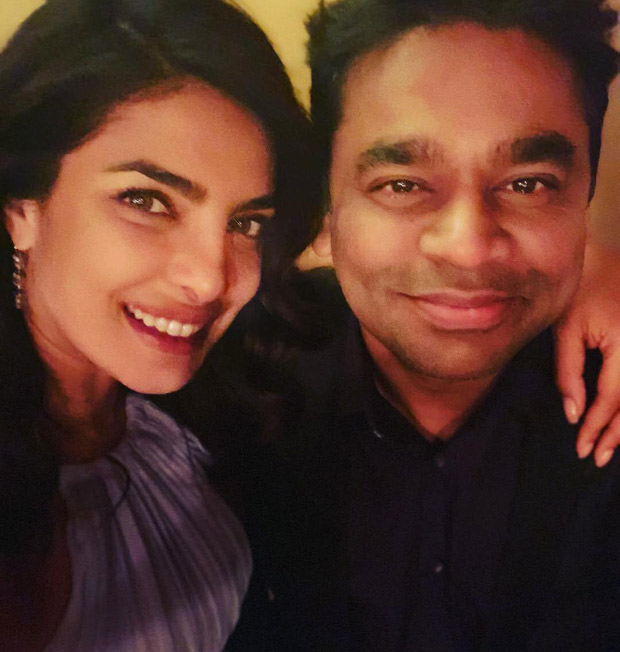 Priyanka Chopra was seen hanging out with other guests as she closely watched AR Rahman play the piano. Rahman is also JBL’s brand ambassador from the music industry. Appreciating his music, the actress also clicked a selfie with him and captioned it, “In the presence of genius. ❤️ @jblaudio.”

On the work front, Priyanka Chopra will be next seen in her next Hindi film tentatively titled The Sky Is Pink. The actress recently wrapped up the London schedule of the film. It stars Zaira Wasim and Farhan Akhtar. She has two Hollywood projects Isn’t It Romantic and Cowboy Ninja Viking.

AR Rahman, on the other hand, continues to mesmerize the audience with his music. He recently collaborated with Shah Rukh Khan for an anthem song for Hockey World Cup 2018.