Desi Girl Priyanka Chopra never fails to mention her roots, culture in every interview or statement. The recent example is the actress’ interview with Vogue. When she was asked about her perfect version of paradise, Chopra, who was in Dubai to launch Bulgari’s new collection, said, “My version of paradise is being with my loved ones. I love being surrounded by my family, my friends, being at home. In Urdu and in Hindi, we say “jannat”. So for me, my jannat would be my home.” 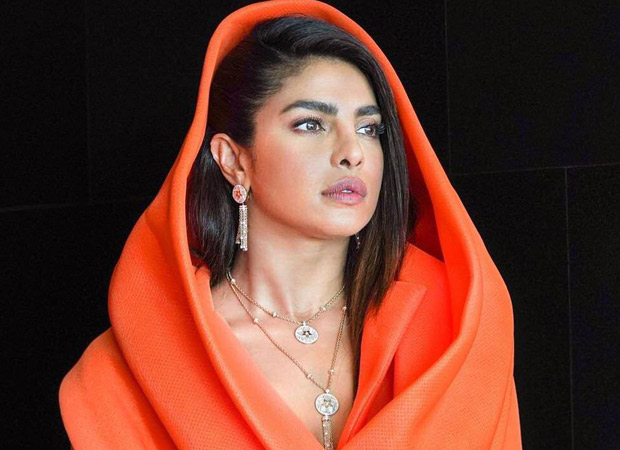 Priyanka also opened up on her most cherished piece of jewellery which was gifted to her. At first, she joked, “If I don’t say my engagement ring my husband [Nick Jonas] will kill me. Kidding!” Later, she added, “I have to say it was my engagement ring because it was unexpected and I’m very sentimental about the jewellery that I wear, it’s always associated with memories for me so I’d definitely say that.” Priyanka married Nick Jonas in 2018. As per Hollywood Reporter, Nick had closed down a Tiffany store to buy Priyanka the engagement ring which costs was around $2,00,000(approx. 1,48,22,200.00 Indian Rupee) .

Earlier this week, Priyanka gave a sneak-peek of her Diwali celebrations with Nick. This year’s Diwali was their first at their lavish new Los Angeles home. Sharing photos on Instagram, Priyanka penned an emotional caption for Nick and her friends. Priyanka had also attended Lilly Singh’s Diwali bash where she was seen unwinding herself with Mindy Kaling, Poorna Jagannathan and others.

On the work front, Priyanka has wrapped up Text For You, Citadel and The Matrix Resurrections. She will soon begin shooting for Farhan Akhtar’s directorial venture Jee Le Zara.