Akshay Kumar’s next is Yash Raj Films’ first historical, Prithviraj, which is based on the life and valour of the fearless and mighty King Prithviraj Chauhan. He is essaying the role of the legendary warrior who fought valiantly to protect India from the merciless invader Muhammad of Ghor in this visual spectacle. Akshay and Manushi reveal that they relied heavily on Prithviraj Raso, the epic poem written by Samrat Prithviraj Chauhan’s court poet Chand Bardai to understand the life and daredevilry of the legendary warrior king! 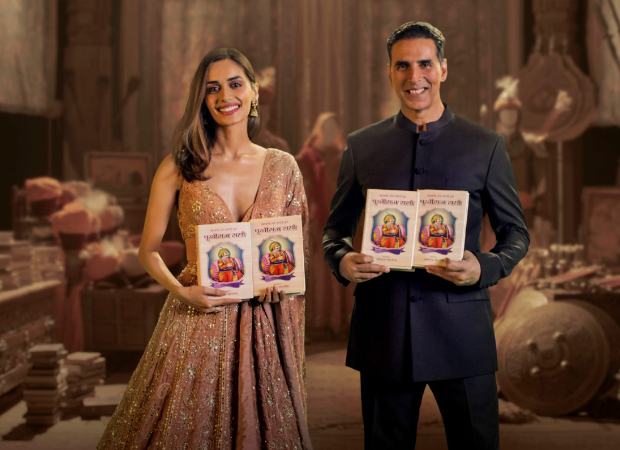 Akshay says, “When you set out to make a historical like Prithviraj, which is based on the life and daredevilry of a mighty warrior who gave up his life to protect his motherland and countrymen, you need to be absolutely sure that you are being authentic to his life and times. I was delighted that I was collaborating with a revered historian like Dr. Chandraprakash Dwivedi ji, who has shown with his earlier works that his research and mastery over Indian history is flawless.”

He adds, “During our initial meetings on this project, doctor saab gifted me the incredible Prithviraj Raso, which is a Brajbhasha epic poem about the life of Samrat Prithviraj Chauhan. This book, written by Chand Bardai, who was a court poet of the Samrat, became the cornerstone of my prep. for the project. It was an eye opener for me to read this book as I understood the life philosophies of the Samrat and it became invaluable research material that I kept referring to throughout the shooting of the film.”

Manushi Chhillar plays the role of King Prithviraj’s beloved Sanyogita. She says, “My director, Dr. Chandraprakash Dwivedi gifted me Prithviraj Raso and told me that if I want to understand the life and times of the mighty Samrat, I should read this. The book became an invaluable source material for me to understand the mind of Samrat Prithviraj Chauhan and his life journey with Princess Sanyogita. I think I could prep. thoroughly because I always had Prithviraj Raso to refer to.”

Prithviraj has been directed by Dr. Chandraprakash Dwivedi, who is best known for directing the television epic Chanakya and the critically acclaimed film Pinjar. The film is set to release on June 3 in Hindi, Tamil and Telugu.