After piquing the audience's curiosity, superstar and producer Aamir Khan is finally out with his ‘Kahani’! The video of the superstar talking about a big ‘Kahani’ reveal broke the internet and the cat is finally out of the bag as the makers of Laal Singh Chaddha have released the first song from the film titled ‘Kahani’.  Aamir Khan's labour of love, Laal Singh Chaddha is one of the highly anticipated films of the year and will be released in theatres nationwide on August 11, 2022. 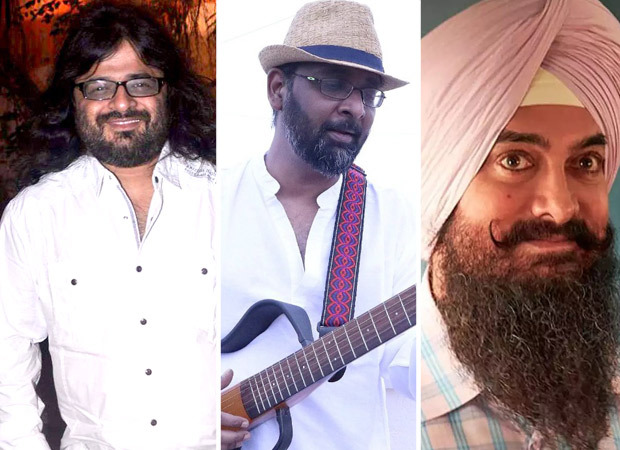 The Laal Singh Chaddha album is composed by maestro Pritam, with lyrics by Amitabh Bhattacharya and the first song ‘Kahani’ has vocals by Mohan Kannan that beautifully encapsulates the movie and in essence introduces the audiences to the film. Interestingly, in a game changing move, Aamir Khan has chosen to not release the video of the song, but instead only the audio so that the audiences’ attention is diverted to the actual hero of the music – the music itself and the team that put these pieces together.

The actor-producer decided to put the musicians and the music of the film center stage, in the hope to highlight not just the music industry at large and their endeavours but also allow audiences to enjoy these tracks unadulterated by the visuals and in their true essence. Talking about the same, composer Pritam praised Khan’s intuition saying, “Aamir Khan is a hero both onscreen and off it. He understands that music needs to be under the spotlight at times and has allowed it to take centre stage in his films. It's the most fantastic and satisfying experience working with him on his films.”

Echoing a similar sentiment, ‘Kahani’ singer Mohan Kannan added, “I’m very kicked about the unique promotional ideas that Aamir Khan Productions have come up with, piquing everyone’s curiosity till the release…and that the release itself is so unique. The songs are going to be available on audio only formats for a while, so people can listen to them the way they are meant to be heard, without a visual to add to or distract from the song itself. I hope everyone loves this song and that I’ve managed to justify the lyrics and composition to the best of my abilities!”

While the song released earlier today, the film, Laal Singh Chaddha, is produced by Aamir Khan Productions, Kiran Rao and Viacom18 Studios and is all set to release on August 11, 2022 in theatres worldwide.

Also Read: Aamir Khan reveals why he chose to release all songs from Laal Singh Chaddha without visuals; says, “The songs are the soul of the film”