Musician J Balvin, who is famously known as Prince of Reggaeton, is making a statement on the cover of the cover of L’Officiel India for the month of April. The Columbian singer is featured on Collector’s Edition of their 20th anniversary edition. 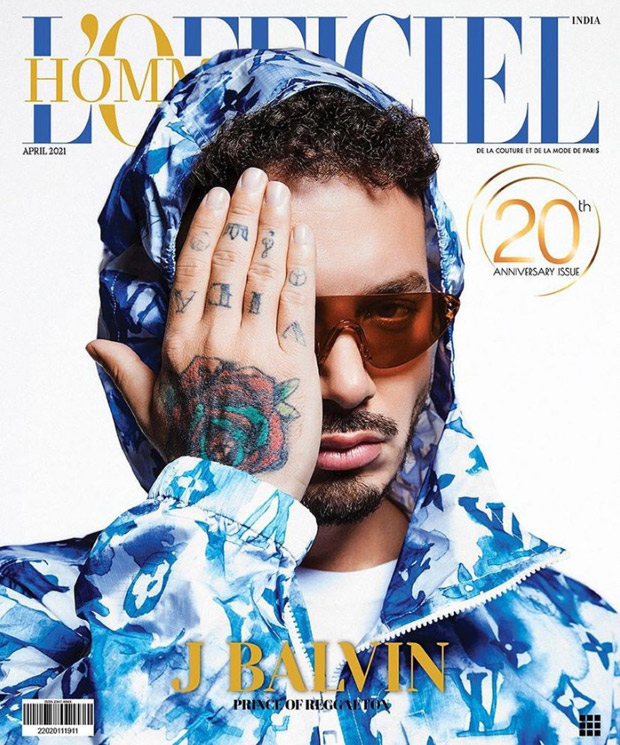 Talking about the look, the singer posed in blue and white printed tracksuit that consists a blue-white hooded jacket which he adorned with matching track pants. The star finished off the look with a pair of sunnies. Keeping it all casual and comfym he matches the summer vibes.

“I’ve been saying ‘Latino Gang’ for so many years, so it’s very exciting to see Latin music become the global force,” said the musician in the edition.

On the personal front, J Balvin is expecting his first child with girlfriend Valentina Ferrer. The Argentine model flaunted her baby bump on the black-and-white cover of Vogue México, earlier this month.

On the work front, J Balvin will soon be seen in a documentary premiering on Amazon Prime Video. The Boy from Medellín follows J Balvin as he prepares for the most important concert of his career--a sold-out stadium show in his hometown of Medellín, Colombia. From Academy Award-nominee and Emmy-winning filmmaker Matthew Heineman comes an astonishingly intimate portrait of one of the biggest international music superstars of our time.