Shah Rukh Khan and Gauri Khan’s daughter Suhana Khan is a very popular star kid on social media and is a definitely paparazzi favourite. The teenager is currently studying in London and often her pictures with her friends go viral on the Internet. The millennial star has many fan clubs on social media in her name. 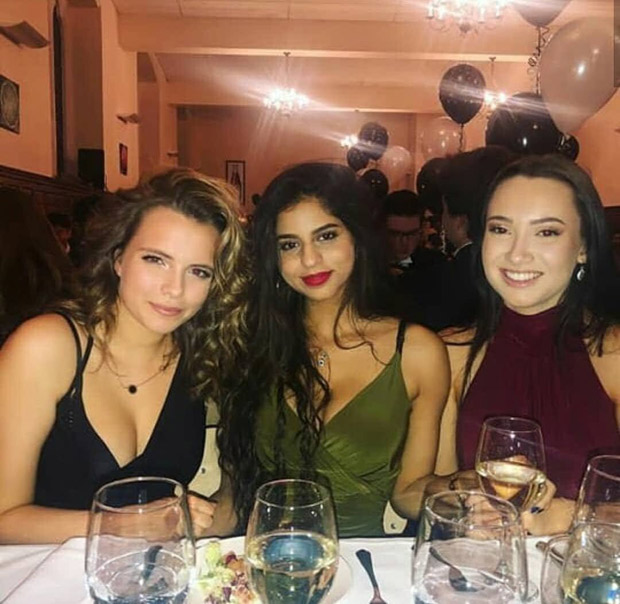 In her latest picture that is going viral on social media, Suhana Khan looks absolutely beautiful in a green dress with dark lip shade and soft curls. The teenager is seen at what seems like a party with her girl gang.

Just recently, Shah Rukh Khan opened up about the much talked about Vogue cover of Suhana and her aspirations to become an actress. He said that she is currently studying and doing theatre and still has to work for four to five years. Both Aryan and Suhana are currently studying about acting and filmmaking which will help them grow in their craft. After the completion of their courses, if they wish to be a part of the industry as writer, director, filmmaker, actor, then they can go ahead.

Last year, Vogue India featured Suhana Khan on their magazine cover. She received a lot of backlash for getting featured on a coveted magazine cover without any work experience in any field. She was tagged as, “Student, theatre lover, future star.” As she is still a student and not close to being launched in Bollywood, people criticized her and the magazine a lot since the cover was launched.

Suhana Khan is an island girl in this…