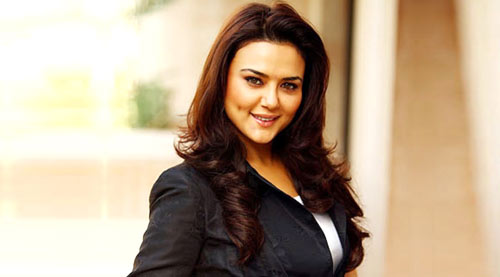 It is difficult to believe that Preity Zinta, known to her friends-and that includes this writer-to be fearless outspoken and unabashed about the truth-has gone and married so quietly. Just a month back Preity and I had a long conversation on the topic of her marriage and she said, "People seem to know more about my marriage than me. They are even setting dates for my wedding. They might as well tell when and where to be there."


And we both laughed uproariously over how the media sometimes seems to know more about a star than the star.


So no marriage plans? I asked her. "Of course I plan to get married, yaar!" she shot back. "And probably this year itself. If not for myself then for the sake of my mother."


Preity's mother, like all mothers, was becoming increasingly concerned about her daughter's marriage. "Mom keeps asking, when, when, when...So it will happen soon. I've never hidden my relationships. And yes, I am seeing someone, you know it."


Preity had been cautious, almost superstitious about her latest relationship, after the public tamasha that her earlier relationship with Ness Wadia had been turned to.


Hurt and mortified, Preity had decided to keep her new relationship away from the public eye. When reports of her relationship with Gene Goodenough had broken out I had asked her if there was someone else in her life after Ness Wadia.


And Preity had said, "That was over in 2009. You think I'd remain single all these years? Whatever is happening with me is good. People say I am looking happy. That's because I am."


Now when I hear Preity is married I remember her repeated promise to me, "I'll never get married quietly. It would always be a band baaja baaraat wedding for me. And you will certainly be invited."


Promise broken, Preity. But wishing you all the best always.