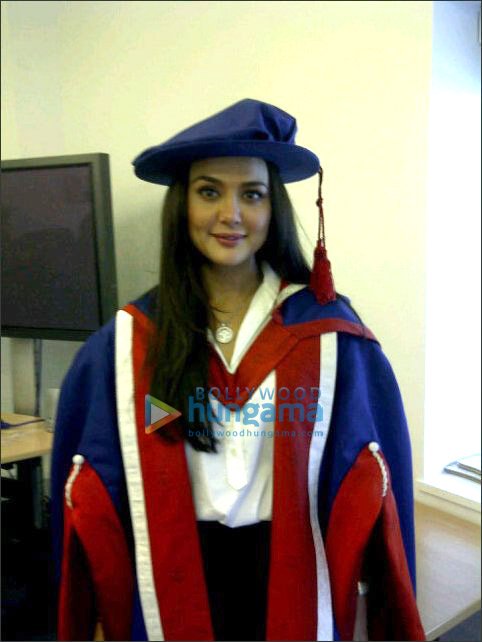 Preity Zinta was conferred an Honorary Doctorate by the University of East London yesterday. The actress for whom things haven't being going too well in the recent past with the IPL fiasco was but naturally over the moon at this honour bestowed upon her.

She immediately tweeted, "Am so excited I am gonna get an a Honorary Doctorate from the University of East London ! Truly humbled and elated! Ting!" She further added, "It feels great to be appreciated 4 not only my film achievements but also for my humanitarian and charity work! Thank you UEL for Dr. Pz!"

With this honour, Preity joins fellow actors such as Amitabh Bachchan, Akshay Kumar Shabana Azmi and Shilpa Shetty who have in the past received honorary doctorates from foreign universities.