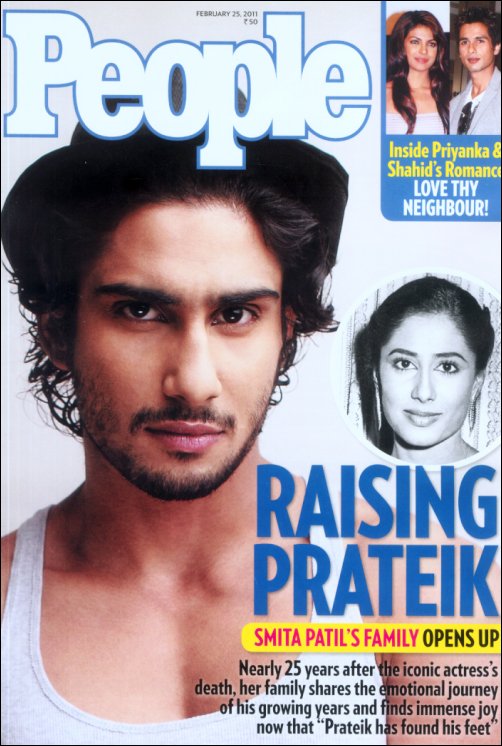 It's not rocket science to say that the great late Smita Patil was, is and shall ever be a legend, in her own right! And carrying forward the legacy is none other than her son Prateik, who debuted with the smash hit Jaane Tu... Ya Jaane Na. Well, if that film took him to sky high dizzying heights as an actor, then, his subsequent film Dhobi Ghat helped him rise as an actor.

Well, it's the same Prateik, who is on the cover of People magazine, in which people close to him talks about his growing up years... like never before. That's why you have Prahlad, Vidyatai, Manya and others talking about the Bollywood's latest 'it' dude! If you want to know who the above-mentioned names are, then, do make it a point to pick up the latest edition of 'People'.

Sajid Nadiadwala is all set to shoot…