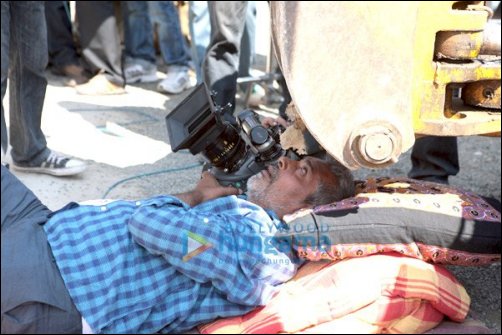 Not many know this but Prakash Jha is the most accident-prone director. And that's because he likes to take risks as much as he loves taking risky shots. On several occasions he has been very close to catastrophic accidents on his own sets because of his penchant for stretching his neck out.

Last week while doing patch-work shooting for Aarakshan, Prakash nearly got run over by a steam roller. Apparently, he was shooting a steam-roller from ground-level lying down prostrate on the ground holding the camera, when the mobile steamroller almost ran over his head.


Says Prakash, "This wasn't the first time when I've been almost killed. Very often during shoots I lean too much out in a crane shot, or call 'cut' too close to disaster. Chalta hai. What is life without risks?"