Last night the annual function to honour Mumbai Police, Umang, was held. It sure was a star studded event with most of the B-Townies turning up for the function and the performances were surely a treat to watch. From Ranveer Singh to Amitabh Bachchan to Janhvi Kapoor, the actors made sure to cheer the crowd with their moves. While the actors caught up with each other, for most of them it was a reunion with long lost friends. The millennials can’t stop gushing about the reunions of their favourite actors from the 90s. 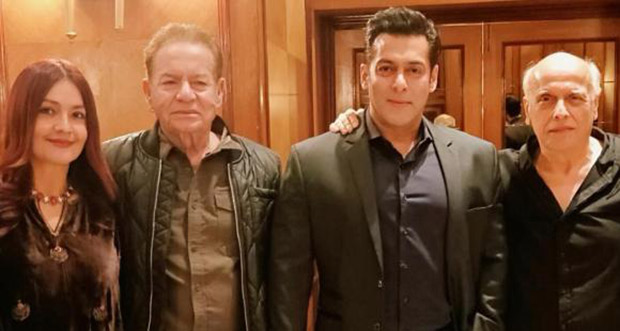 Pooja Bhatt being one of the most prominent actors of her time, posed for a few pictures with her favourites from the industry. In one such picture, the Dil Hai Ke Maanta Nahin actress is posing with her father Mahesh Bhatt, Salman Khan and his father Salim Khan. She shared an emotional message appreciating her father.

“There is no teacher equal to a mother and there's nothing more contagious than the dignity of a father.” #fathersandsons #fathersanddaughters #legacies #oneforthearchives #aboutlastnight

She also posed with some more of her old friends including Shah Rukh Khan, Aamir Khan, Anil Kapoor and Akshay Kumar.

Don’t we all love reunions? Especially when it’s with all your favourite Bollywood actors!