Actor Kim Sharma and tennis player Leander Paes have been dating for a while and the two recently took a trip to the USA. On Sunday morning, Kim Sharma dropped multiple pictures from their trip to Magic Kingdom Park located at the Walt Disney World in Florida. 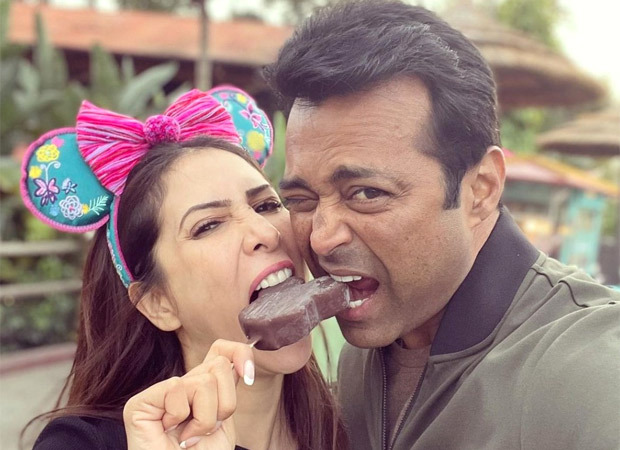 Kim filled her Instagram carousel with pictures and videos from their fun-filled day at the Magic Kingdom Park. In the first picture, Kim is seen with her back facing the camera with the actress wearing the Mickey Mouse ears. She also shared multiple pictures with Leander and in one of the pictures, the couple can be seen sharing an ice cream bar.

Kima also posted a couple of videos in the post. In one of the videos, a colourful procession of Disney characters taking place in the park can be seen. In another, Kim can be seen enjoying the sights in the park.

Meanwhile, pictures of Kim and Leander had first gone viral last year in August. After speculation, Leander made their relationships Insta-official with a picture of him and Kim and captioned it 'Magic'.