Indians around the world celebrated the occasion of Karva Chauth during which the married women fast for their husbands for their long lives. However, nowadays, even the husbands also fast with their wives. Anushka Sharma, who was last seen in Sui Dhaaga - Made In India, celebrated her first Karva Chauth with hubby Virat Kohli this past weekend. 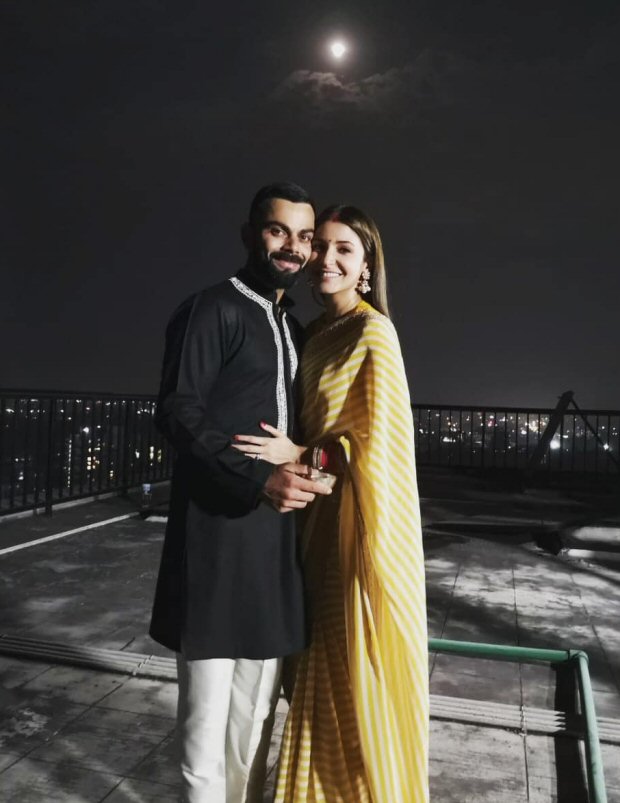 Both of them shared pictures from the night after seeing the moon and Anushka breaking her fast. Anushka posted a photo with Virat and the moon in the background with a caption that read, “My moon , my sun , my star, my everything ? Happy karva chauth to all ??.” Virat posted a similar photo of them posing together in traditional outfits and captioned it, "My life. My universe. Karvachauth? @AnushkaSharma."

Also Read: Flashback Friday: Anushka Sharma is a fun-loving teenager while posing with her gang in this cute photo