Akshay Kumar is the busiest actor in the industry but that doesn't stop him from taking up interesting projects. Earlier this month, it was revealed that he is set to star in his first music video alongside Kriti Sanon's sister Nupur Sanon. Now, we have some moments from their filming schedule. 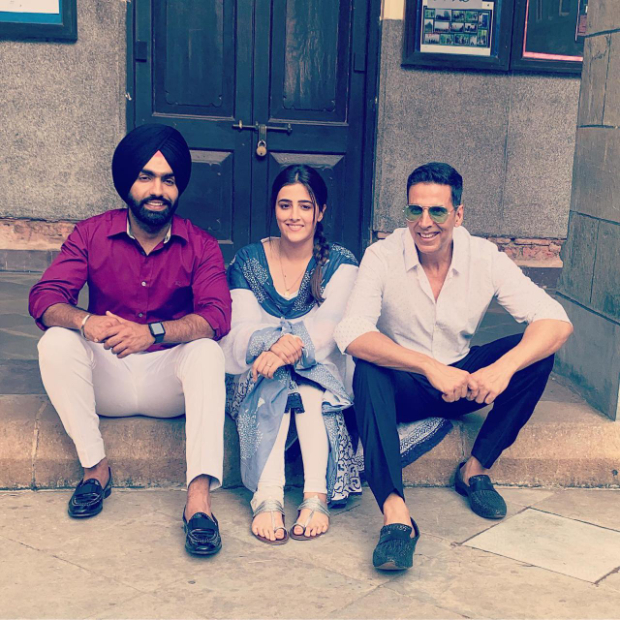 Akshay Kumar shot a special music video for singer B Praak’s new single titled 'Filhaal'. While the music video was shot in Delhi, we have some new photos from their shoot and it seems like they had a gala time filming the music video. The song has been written by lyricist Jaani. The song is expected to be a romantic single which has a sad and emotional undertone.

Meanwhile, on the work front, Akshay Kumar will be next starring in Housefull 4, Good Newwz, Sooryavanshi, Laxmmi Bomb among other releases.