Pavitra Punia and Eijaz Khan met on the sets of the controversial show Bigg Boss 14 and developed a liking towards each other. After coming out of the house they started dating and spending a lot of time together. The lovebirds were also seen dancing merrily at Rahul Vaidya and Disha Parmar's marriage. To get approval for their relationship Eijaz took Pavitra to meet his father. 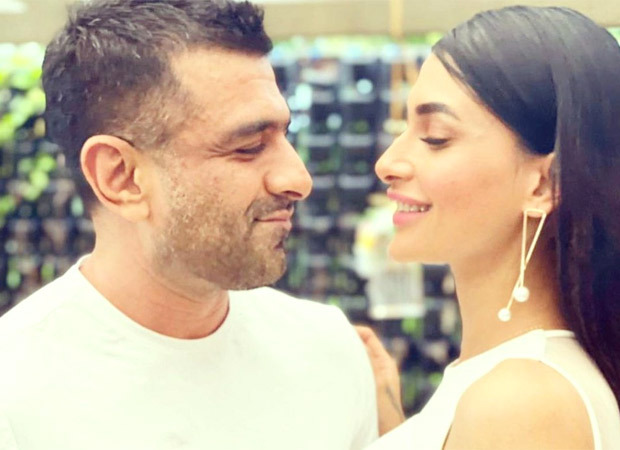 “Pappa se tujhko milaaoonga”, teases Eijaz Khan as he posts a picture with his father and girlfriend Pavitra Punia on Instagram

He shared their picture on Instagram and captioned it, "Pappa se tujhko milaaoonga..#khandaan #sattarkhan #eijazkhan #pavitrapuniak. (masks were off only for the picture)". Pavitra looked beautiful in a blue printed suit and accessories, while Eijaz wore a lemon yellow shirt and black pants. The actress replied to Eijaz's post and commented, “Blessed blessed blessed ? Such a iconic personality pappa. Thank you baby @eijazkhan for this. I Love you". Fans were very happy to see their favourite couple take one step forward in their relationship and blessed them.

Pavitra and Eijaz's relationship started with a fight but they gradually fell in love with each other. Eijaz also went ahead and declared on national television that he will certainly take Pavitra to meet his father. The duo wishes to seal their relationship by tying the knot and pavijazians as the fans of the duo call themselves will only be excited to witness it. Pavitra seems to have had a great time with Eijaz's father as the trio can be seen smiling sweetly in the photo.

Also Read: Eijaz Khan shares an adorable picture with girlfriend Pavitra Punia as they cook together