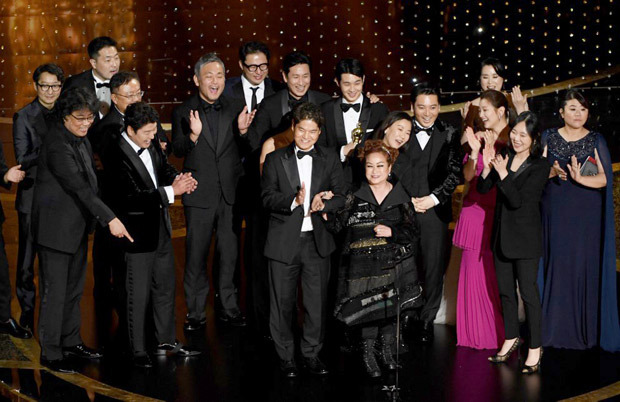 As the world is celebrating the iconic win of Bong Joon Ho and the entire cast and crew of Parasite, Bollywood celebrities too sent out best wishes to the team.  Karan Johar, Priyanka Chopra, Madhuri Dixit, Anupam Kher, Saqib Saleem, Huma Qureshi among others tweeted after the Best Picture win. 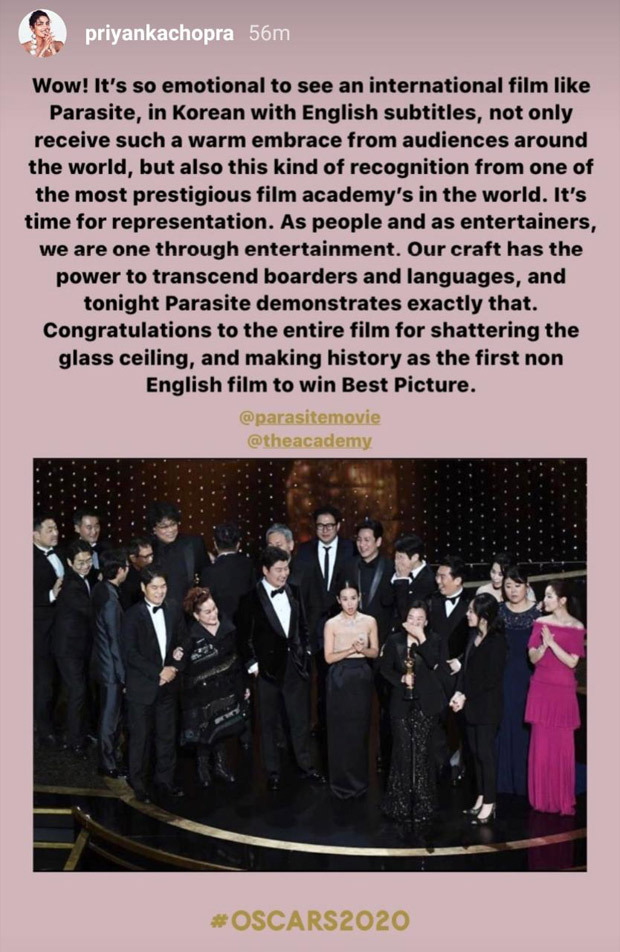 Absolutely thrilled with the #Parasite win! Was undoubtedly my favourite international film of 2019! Bravo to the team! #BongJoonHo

Kudos #BongJoonHo!
You’ve not just created a brilliant film, but you’ve created history with #Parasite & inspired so many! This is exceptional ???????? #Oscars

Wow. Parasite!
Loved Joaquin Phoenix in Joker but my favorite performance this year was Adam Driver in Marriage Story. He will win later for a much lesser performance.

It is #Parasite for #BestPicture.:) @TheAcademy

Although my personal vote was #1917TheMovie#Oscars

Art doesn't have a language but is universal... #Parasite has definitely proved that! It's one of the movies that I personally liked & I'm glad that it has won the #BestPicture at the #Oscars. Congratulations to the entire team!!????????

A Korean film with English subs sweeps the Oscars #historical As artists and entertainers, our craft has the power to cross boundaries and barriers ... #BongJoonHo ‘s #Parasite has proved just that! Many congratulations for the win!! @TheAcademy