The latest commercials of Macho Sporto featuring Rashmika Mandanna and Vicky Kaushal have got millions of views online. While the naughty and quirky ad has been hailed by a section of netizens, some have raised objections and have resorted to trolling. In these times where anything under the sun can lead to widespread criticism, we wonder if this Macho Sporto ad really deserves such backlash. 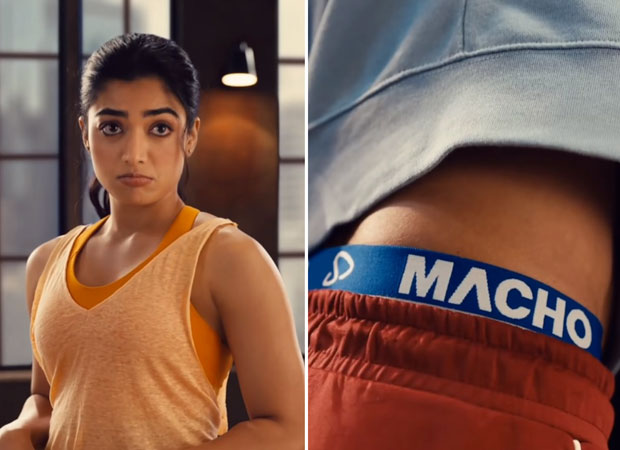 OPINION: The Macho Sporto ad featuring Rashmika Mandanna and Vicky Kaushal is naughty but also PROGRESSIVE; the criticism is UNFAIR

More than a decade and a half ago, Macho launched ‘Yeh Toh Bada Toing Hai’, the most controversial and talked about ad in the history of underwear advertising in India. It juxtaposed a village belle’s sexual fantasies against the embarrassed looks of her female compatriots, reflecting the contrasts and the double standards in our society. The ad got a fair share of flak even without social media. Bringing back the campaign in 2021 must have been a carefully thought-through and a bold decision on Macho’s part. After all, female emancipation and boldness are found aplenty in today’s OTT content milieu and devoured equally by India’s conservative populace as much as its liberal elite. So what really is bothering people? Is there any fire or is it all just smoke?

On one hand, our ‘Tinderised’ society is enjoying all kinds of sexually liberated content but on the other hand, they are still living by the old rules of the game. The dating and attraction game needs new rules that give the woman a chance to express her sexuality and demand the man to put the idea of consent above everything else. It’s the Rashmikas and the Vickys of the world - young and successful youth icons known for their craft as well their charm over swathes of young Indians - who are leading the charge towards a liberated, happy and less sexually violent society. That is exactly what their endorsed brand, Macho Sporto is trying to achieve with ‘Yeh Toh Bada Toing Hai 2.0’.

In the first ad, Rashmika Mandanna’s gaze is transfixed at the sight of Vicky Kaushal’s undergarment strap while he’s in a yoga pose. In the second part , she keeps his mat on the very top so that when he stretches his hand to get it, she can once again get to see the underwear. All along, Vicky is totally aware of what is happening and is obliging without any sense of discomfort.

Online trolls who are trying to imagine what would happen if the roles were reversed in the ad seem to have been deeply impacted by the fact that everyday lecherous men make women uncomfortable with their persistent and violent gazes. It is impossible for them to stand a woman who freely exercises her right to gaze at a man she finds attractive. They have conveniently ignored the fact that in the ad, the man willingly responds, smiles and flirts back. What two consenting adults do to each other in their own space should be nobody’s business. But it did turn into a media frenzy online.

The brand shouldn’t really complain though. In an era of hyper clutter, there’s rarely any ad that grabs attention like this one. However, if Macho Sporto is truly a progressive brand as they claim to be on their social media handles and press releases, they should be complaining about the regressive, brutal and unwarranted trolling, since its directed mainly towards Rashmika. Neither is Vicky’s calm and charming demeanour being hailed as the ideal male reaction to female attention, nor are the trolls holding him responsible for what they consider to be obscene. The entire blame is on the woman for making the first move. Probably she should’ve got the script changed to her looking away as soon as she sees his strap and get him to make the first move as she shies away. Voila! You have a troll-free ad there!

But Rashmika can take home a big positive from this ad. Actors spend ages trying to break the mould. This ad can catapult Rashmika into a national reckoning and transform her from just a cute and bubbly crush for young boys to someone capable of more complex roles. With 2 films in 2022 - the Sidharth Malhotra-starrer Mission Majnu and Goodbye, co-starring mega star Amitabh Bachchan, this could be her time to shine.