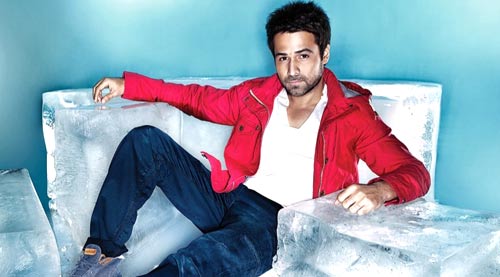 After a three week run, Raja Natwarlal has come to a sad end. With less than 30 crore in its kitty, it has turned out to be one of the biggest disappointment for Emraan Hashmi, his fans (like me), and those who have believed in him to be a Top-10 material. For the actor, the film was set to be nothing less than an acid test. After all, his Ghanchakkar and Ek Thi Daayan hadn't quite covered the distance, Shanghai was an experiment that he decided to indulge in (when he was clearly in Top-10 list of actors) while timing of a delayed Rush couldn't have been worse as it came somewhere in between.

There was a silver lining in the form of Raaz 3, a huge success by all means, but then that seems ages ago. It was about time that Emraan found some good footfalls for a film of his. On paper, Raja Natwarlal seemed just right, what with a con subject offering entertainment, a major production house UTV bankrolling it and Kunal Deshmukh directing it (though the fact remains that his Jannat 2 - albeit a money spinner - wasn't anywhere close to Jannat).

And still it flopped! In a big way no less!

Dear Emraan, as someone who found you promising right from the days of Footpath when you debuted as a third lead to Aftab Shivdasani and Rahul Dev, this is no less than a heartbreak. I have been prompted to reach out to you through this platform and I am sure that for someone who is known to have a stable head on his shoulder, you would find at least some of the pointers worthy enough to be considered, howsoever harsh they may seem!

Did you really approve the lazy narrative, ordinary music and a so-not-Emraan-Hashmi-type heroine?

Frankly Emraan, this is Kunal Deshmukh's weakest film till date. Didn't you really catch it on paper that the film pepped up only occasionally? Didn't you find the film boring for most part of it? Come on, a film of yours can be bad but then it can never be boring. Raja Natwarlal was!

Secondly, it is tough to believe that you approved of Yuvan Shankar Raja to step in as the composer of the film. Agreed that he is doing quite well down South but then Bollywood is a different ballgame altogether, especially when it comes to a film of 'yours'!

And then the rest just didn't fit in, both thematically and figuratively, what with completely wrong placement of most of them. You didn't protest at the editing table either? Come on, you do come with ample stature to put your say, don't you?

Aah, Humaima Malick! She tried, but then she was simply not your 'type'. Where was the oomph? Nation wants to know! And as hero, you too should/would have wanted to know!

What has happened to your choice of films in general?

With films like Once Upon A Time In Mumbaai, Jannat, Murder 2, Awarapan, Raaz 3, The Dirty Picture and of course Shanghai, you showed that you can act and please your critics as much as the masses. This is what has allowed you to be in the business for a decade now. In fact till a couple of years back, you were well into the zone of stars like Shahid Kapoor and John Abraham while comfortably surpassing Imran Khan.

Pray, why did you decide to experiment?

It is not your acting that has gone down (well, thankfully, as yet) but your choices! Shanghai - though promising acclaim - was dry enough on paper itself. Ek Thi Daayan didn't have any horror. Ghanchakkar had you as a weak character (come on, people love you as this dedh-shaana). Guess you got carried away with names like Dibakar Banerjee, Vishal Bhardwaj, Raj Kumar Gupta etc. etc.

But then all in quick succession. Why? Hurtful as it may sound but a cushion in the form of a Bhatt film somewhere in between won't have harmed. Don't you think so?

And before I forget, tell me about one chartbuster (just one!) from any of these aforementioned films. Naaah...not happening dear!

Look around you, the crowd is gathering

I am sure I am not the first person to tell you about this. The world has changed in last couple of years. Ranveer Singh has come out of nowhere and is comfortably placed in Top-10. Varun Dhawan, Sidharth Malhotra, Aditya Roy Kapur, Sushant Singh Rajput, Tiger Shroff - each one of them has made a place for himself. Every one of them has at least one 50 crore hit behind him.

Of course they have collectively 15 odd films between them. You alone have more than 30.

This is where the experience counts. Beat them with your experience. Regain your slot. Hit back hard. Keep the chin up.

I am hopeful this is just a phase

A roller coaster ride like this takes place in every major actor's life. You have encountered that in 2007 when Good Boy Bad Boy, The Train and Awarapan failed commercially in quick succession. And then you fought back with Jannat, Once Upon Ay Time In Mumbaai and Raaz 3. There is no question why you can't do that again.

For heaven's sake please make the right choices from this point on while remembering these three 'mool-mantra':

Don't pick a lazy script. Don't allow sub-standard songs. Don't settle for a heroine who just can't sizzle alongside you.

Now that would be a job half done!