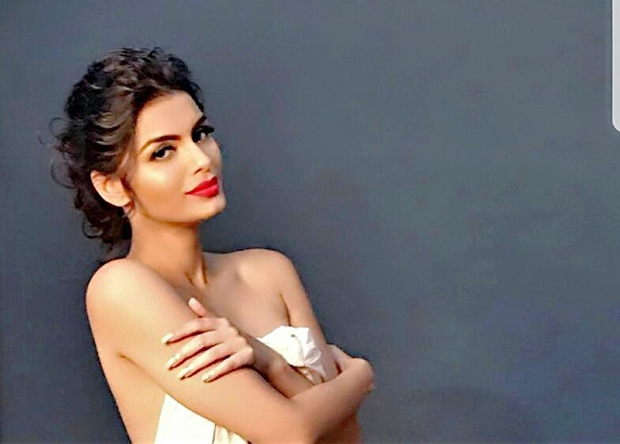 After having started her showbiz innings in the year 2010 with the ‘prestigiously glamorous’ annual Kingfisher calendar, the sexy Sonali Raut took a plunge in Bollywood with films like The Xposé and Great Grand Masti  to her credit. Not to forget her unmemorable stint in the reality TV show ‘Bigg Boss’, which made her a household name.

Well, the very Sonali Raut, who is extremely friendly with the social media these days, have been posing for and posting many photographs and videos, which does raise the mercury levels. One such photograph, which she had posted lately, was the adjoining one, in which Sonali Raut looks extremely sexy and defies all the levels of heat quotient. She captioned the photograph as “As bold as my lipstick! #shootdiaries #redlips #hot #throwbackthursday”.

As reported earlier, Sonali Raut has been reportedly signed up by a top film maker for a thriller film, although there has been no official announcement of the same.