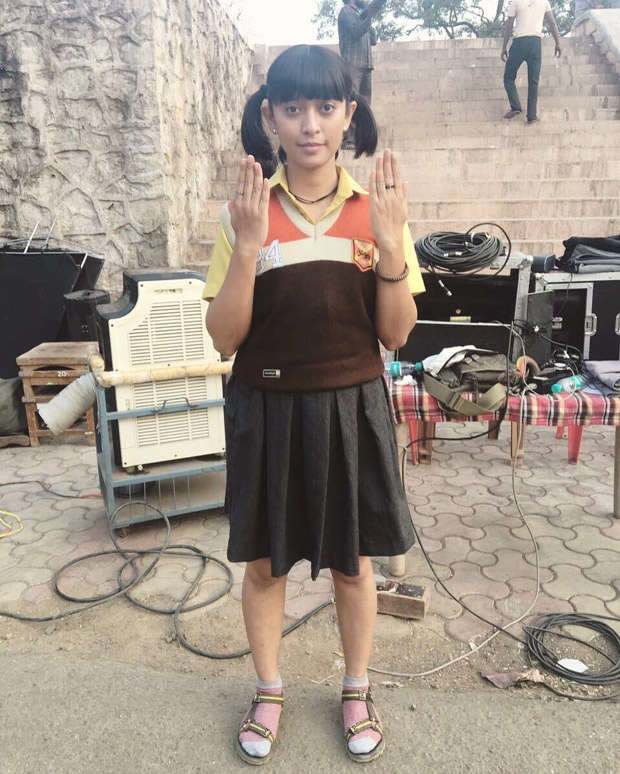 Known for her unconventional choice of roles, Sayani Gupta will next be seen playing a prominent role in the forthcoming Ranbir Kapoor starrer Jagga Jasoos. The actress, who was seen in films like Baar Baar Dekho and the recent Jolly LLB 2, has a rather unique look in this Anurag Basu musical detective drama.

Recently, the makers have released the first look of Sayani Gupta from the film Jagga Jasoos. While she has experimented with her looks in the past, now she left her fans surprised with her avatar as she plays a 14 year old school girl. Here’s a sneak peek into her teenage look as she is seen sporting short hair and tony ponytails. Besides her, Ranbir Kapoor too will be seen in the role of a school boy in the much delayed film.

Jagga Jasoos’ trailer hit the tube in January 2017 and the film was slated to release in April. But buzz is that the makers have once again pushed the release date of the film towards July and as of now the exact date is yet to be known. Directed by Anurag Basu, the film also marks Ranbir Kapoor’s foray into production along with the return of former off screen couple, Ranbir Kapoor and Katrina Kaif.