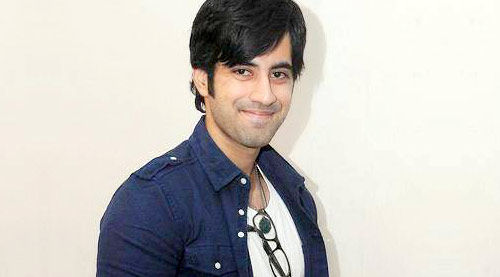 A face of over 200 advertisements, Karanvir Sharma is not a novice when it comes to being in front of the camera. Now that he is gearing up to be seen as the main lead in Zid, which marks the debut of Mannara and also features Shraddha Das as the third angle in this bold musical thriller, Karanvir promises that audience would be shocked to witness the drama that unfolds in this Anubhav Sinha production.

Karanvir, you have been around in the B-town for quite some time. A notable break like Zid seems long due, isn't it?

I have been in the world of advertisement for 8-9 years and frankly, I was very comfortable with that. That's the reason why I did not approach too many producers or directors. At times I used to think about films too but then many producers were old school. For some, I had to wait for 5-6 hours just for a meeting. I didn't mind that though as it was part of my job. Still, at times it used to get a little disturbing as I had to skip dinner for two consecutive nights. Thankfully that trend has gone now. There is the system of agencies that ensure an approachable source there with whom you can have meetings and screen tests in a professional manner.

While you have been making your presence felt in Bollywood, you must have thought of various roles and characters you wanted to play. How did Zid fit the bill?

Honestly, for a newcomer to start out on a good note, it is very hard. My first go ahead was when I came to know that Anubhav Sinha was the producer; that was the biggest advantage. In the past I have faced this problem with newbie producers who came with good projects that never got lifted. Now Anubhav has produced some distinct films, be it Warning or Gulaab Gang. This is the reason why when I was approached, I was game for it.

Moreover, being a solo lead counts too, isn't it?

Yes indeed. That's what I feel blessed about as I know that I am in good hands. When you are with better exposed people in Bollywood, you have a gut feeling that things would go right. This is what makes me positive about Zid though frankly, I was nervous when I started work on the film. The times are changing and people respect time more. Anubhav is one of them. In fact he and his team have given me as much importance as Shah Rukh Khan (Ra.One) must have got from them.