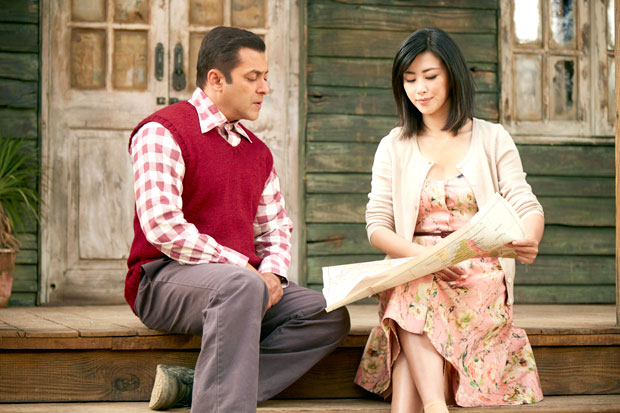 The Bajrangi Bhaijaan team of superstar Salman Khan and filmmaker Kabir Khan are all set to return this year with the film Tubelight. Set during the 60s, the film also marks the Bollywood debut Chinese actress Zhu Zhu. However, considering the challenges she will face since she is doing a film in a completely foreign language, guess who helped her overcome these hindrances? It was none other than her co-star Salman Khan.

In fact, Zhu Zhu had undergone special Hindi class to learn her dialogues in Hindi. She also was apparently working hard at her diction but since she only had very few days to learn, at times she would take longer to get the language right. Also considering that director Kabir Khan is known to be a perfectionist, the actress couldn’t shoot until she was well versed with her lines.

However, Salman Khan turned to Zhu Zhu’s rescue as he would go over her lines before she gives her take, explaining the meaning of her lines. He even came up with easy ways to help her remember these lines. Now that is what we call team work which we hope will reflect in the film too.

Tubelight is produced by Salma Khan & Salman Khan and it also stars Salman’s real life brother and actor-producer Sohail Khan. It is co-produced by Amar Butala. With music given by Pritam, the film set against the backdrop of the Sino-Indian war will release in cinemas worldwide on Eid.