Nora Fatehi is known to sizzle on screen with her killer moves. The recently released song ‘Kusu Kusu’ from the upcoming film Satyameva Jayate 2 also sees Nora bringing her A-game onscreen. While she looks stunning in the song, the prep and the shoot of the song were not all things glamorous. 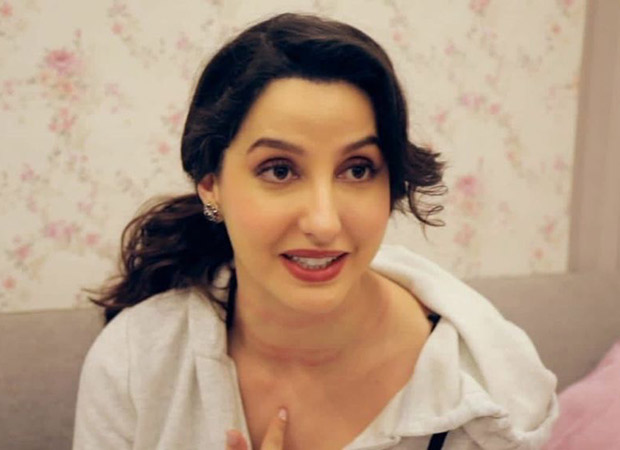 Days after the release of the song, Nora Fatehi shared a vlog on the making of the song on her YouTube channel. The video begins with her learning the steps for the song and constantly rehearsing it. She also shared behind-the-scenes on the sets of the song. She spoke about how she dances in heels in every song of hers. Nora’s foot also started bleeding between the shots when a glass piece pierced through her foot. However, the actress continued shooting for the song.

Later in the video, Nora spoke about how she almost choked during the shoot. “I got choked, guys. So basically, we hooked the cape onto the back of the necklace. That's the only way we can hook the cape to the outfit. And the cape is so heavy and it was dragging the necklace up and it was choking me throughout the whole time. I think it's been how many hours have I been shooting this sequence? 6 hours. So, basically, I was being choked in the middle of the take. I didn't say anything but this is what happened. This is just unbelievable. This is the worst that's happened to me. This is scary, this one is on the neck,” she said.