Power couple Priyanka Chopra and Nick Jonas rang in the Bollywood actress’ birthday with much fun and fare this year, considering it has been special for them. Readers would be aware that the couple welcomed their first child, a daughter via surrogacy and needless to say, they are busy exploring this new phase of parenthood. Amidst that, they took some time out to let themselves loose and celebrate the special day and Nick even shared a glimpse of it with fans and followers. 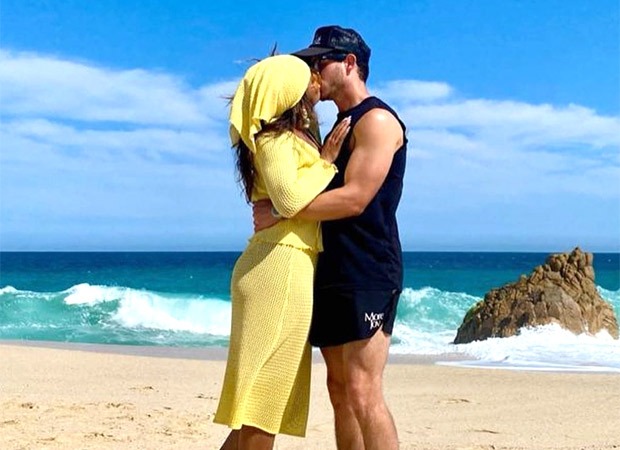 Nick Jonas wishes wife Priyanka Chopra on her birthday with this romantic photo; shares photo dump from the celebrations

The musician-actor took to Instagram to share a photo dump from the celebration which included photos from the cake cutting ceremony, pool time and beach time. The first photo in the series is a romantic one which will definitely be a treat for Nickyanka fans. The couple is seen sharing a passionate kiss on a beach. This photo is followed by another photo featuring PC from what seems to be like a party planned in honor of her birthday. Yet another photo in the series is the one where Nick seems to be holding a banner by the poolside that reads ‘Priyanka! The Jewel of July est. 1982’ and the final photo features the couple enjoying fireworks on the beach.

Sharing these series of photos, Nick also posted a birthday wish for his lovely wife saying, “Happiest birthday to my ❤️ the jewel of July. So honored to be on this crazy ride called life with you. I love you. @priyankachopra.” Here, have a look at the post:

On the work front, Priyanka Chopra will next be seen in the show sci-fi show Citadel on Amazon Prime. Besides that, the actress also has couple of films in the pipeline including the Bollywood film Jee Le Zara starring Alia Bhatt and Katrina Kaif.

Also Read: Birthday Special: 7 Facts about Priyanka Chopra you may not know