American singer-actor Nick Jonas recently used his social media account to congratulate Priyanka Chopra for her role in The Matrix Resurrections. As he posted a congratulations greeting for his wife, the musician shared a poster and a still from the flick. 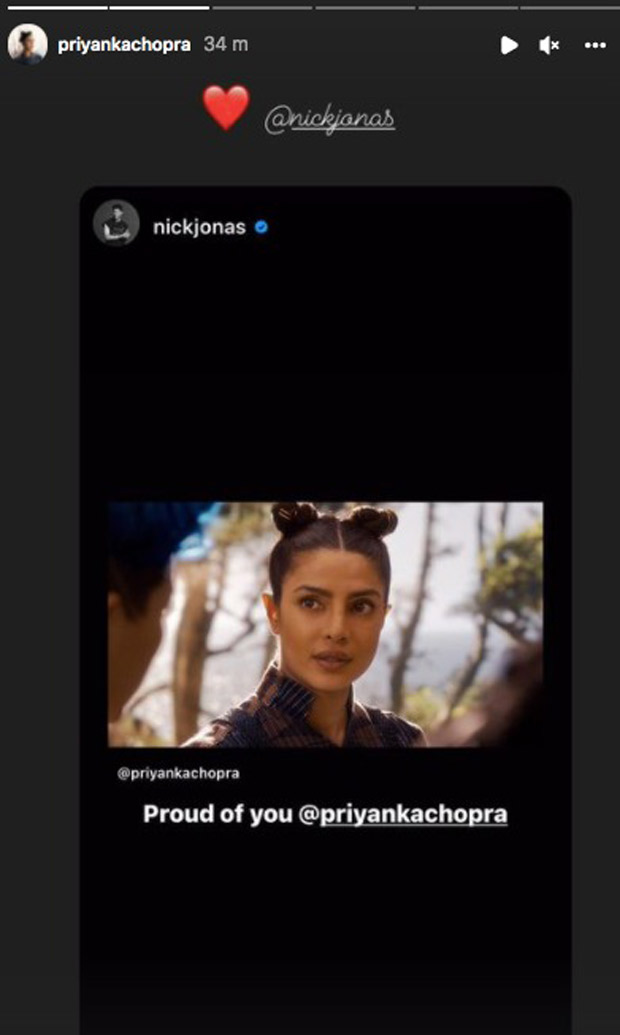 Nick shared a post and captioned it, “Congratulations to my amazing wife and the entire cast of The Matrix Resurrections. What an incredible film.” After that, he posted a picture of the actress and wrote, “Proud of you.”

Discussing the film with her co-stars with Entertainment Weekly, the 39-year old actress said she felt it when she put on the costume. “It was really fun, at least in the physicality, even with the hair, to have references to young Sati,” Chopra said. “Even the clothes, we treated her like a warrior but at the same time had an homage to her Indiana roots. We used colors which were Indian. We had borders of sarees. Little details which were so amazing and so well done by the team that as soon as I put it on there was something very sacred about who I became. And [director] Lana [Wachowski], that was something that she spoke to me about: the older version of Sati and where she comes into play with Neo and Trinity's journey.” 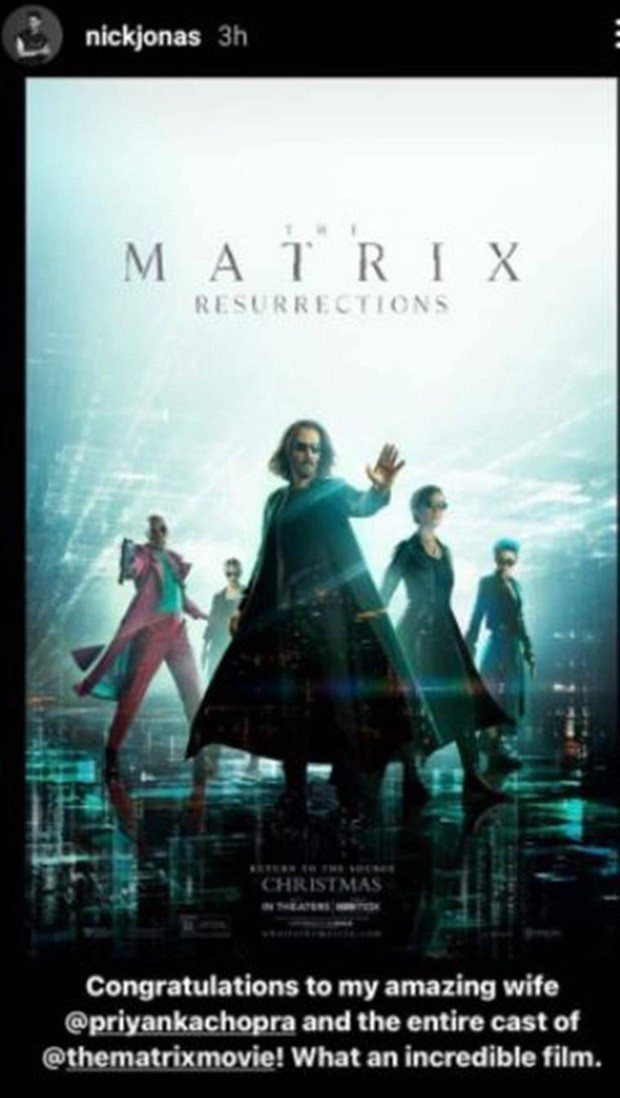 The Matrix Resurrections is currently released in theatres. It marks the return of Keanu Reeves to the franchise.