It is a known fact that Karan Johar's last directorial Ae Dil Hai Mushkil starring Ranbir Kapoor, Anushka Sharma and Fawad Khan was under fire for having a Pakistani actor in the leading role. It was after Uri attacks, protests against his film were made to either ban the film or remove Fawad's role entirely. While the filmmaker apologized and film released with many cuts, the film was still problematic. The reason being Anushka's character Alizeh did not love Ranbir's character and that is why Karan had to kill her. 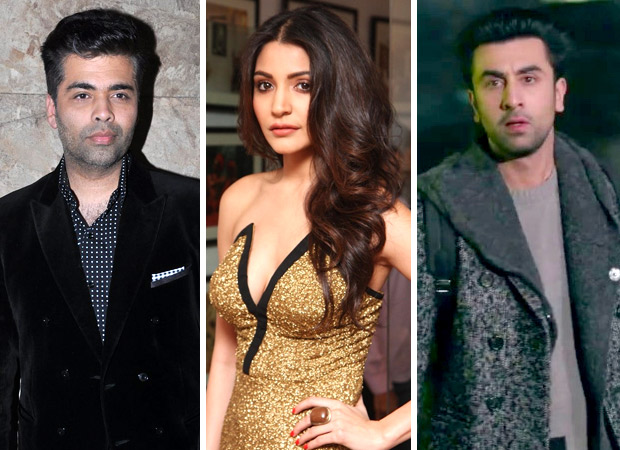 As per his latest interview, Karan Johar was asked about the problematic ending and why Anushka's character had to die in the film. He said that he had drawn inspiration from his own unreciprocated love stories. Her character got punished. He said that a filmmaker is a god - he writes, creates and destroys.

In the film, Ranbir's character Ayan was not only aggressive, he did not back off for long time. When asked about the same, Karan said that he did not look at it that way. He thought Ranbir's character Ayan was a puppy who just wanted to be loved and she did not love him back. He just wanted to be loved the way he loved Alizeh. He apologized for the physical aggression and that he had not thought about it earlier. But, he added that he won't be apologetic about Ayan's relentlessness and his love. He believes Ayan was a lover and that he never stopped loving her even after she was gone.

He said that Ranbir Kapoor nailed the role. Anushka's character Alizeh could not love or express herself and that manifested into illness. There wasn't an ending to the story and he did not want to go indie on it. So, she had to die due to cancer.

But, this theory of him that Alizeh could not reciprocate to Ayan’s feelings did not sit well with the netizens. They blasted the filmmaker for glorifying one sided love story and questioned why the girl had to die in this situation.

Also, Karan Johar, this isn’t *love*!!!! This is toxicity. This is abusive. You can’t say that you refuse to apologize for a character being abusive and justifying it by saying it was love. Gross. pic.twitter.com/A1ckLe9hlv

How is @karanjohar’s take on punishing Anushka’s character for not reciprocating love any different from those men who go around growing acid on women? Do men seriously believe that a woman HAS to love them back in the way they want per force? Misogyny knows no bounds! pic.twitter.com/1B4b1O5XiI

Karan Johar saying he killed Anushka in Ae Dil Hai Mushkil to punish her is the most unsurprising and fucked up thing I've read today. pic.twitter.com/3EzePlve7v