This weekend, Super Dancer - Chapter 4 is set to welcome veteran actor Neetu Kapoor and celebrate her legacy and contribution to Indian cinema. The contestants will perform on all her super hits songs from the yesteryears as the star will walk down memory lane, sharing insights and anecdotes from her journey. 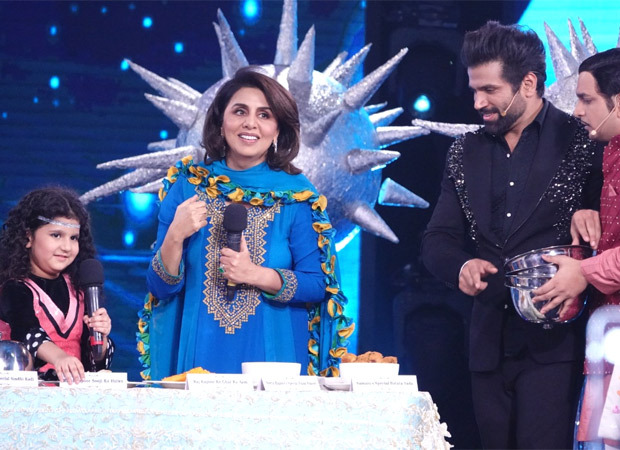 Eesha and her Super Guru Sonali will be seen performing on 'Lekar Hum Deewana Dil', one of Neetu Kapoor's earliest ever songs, which will leave the judges awestruck. After their performance, Geeta Kapoor and Shilpa Shetty praised the duo's performance and finesse. Neetu Kapoor also praised the performance, stating that the song is special to her and was moved by the duo's efforts.

Since Eesha is a foodie, Neetu Kapoor suggested her name should be Eesha Kapoor and said, “Everyone in the Kapoor family loves food and only thinks about it all the time." She even surprised Esha with the Kapoor family's special delicacies, such as Raj Kapoor ke Ghar ke Aam and Ranbir Kapoor's favourite Kali Dal, as well as Rishi Kapoor's favourite Suji ka Halwa. And as always, Eesha gorged on all the scrumptious delicacies.