Popular actress Nayanthara and filmmaker Vignesh Shivan, who got engaged last year after dating for seven years, have finally tied the knot on June 9. The couple had a beautiful traditional ceremony at a resort in Mahabalipuram in Tamil Nadu which was a private affair with only family members and close friends in attendance. 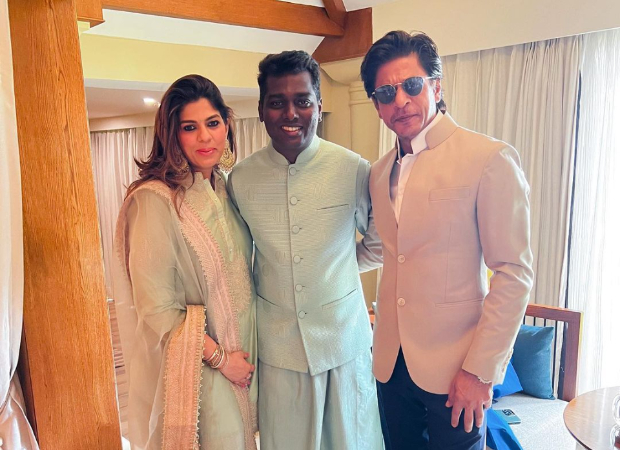 Shah Rukh Khan is one of the celebrities who is attending the grand wedding in Chennai. As SRK co-stars opposite Nayathara in Atlee Kumar's next Jawan, the actor was invited to the ceremony. His manager, Pooja Dadlani, shared beautiful pictures of the superstar looking all dapper in white shirt paired with beige jacket and black trousers. Atlee also shared a photo with Shah Rukh Khan as the filmmaker was donning pastel blue half jacket over kurta and pajama.

Red Chillies Entertainment presents Jawan, starring Shah Rukh Khan and Nayanthara in the lead and produced by Gauri Khan. Directed by Atlee, Jawan will be released on 2nd June 2023 in five languages.