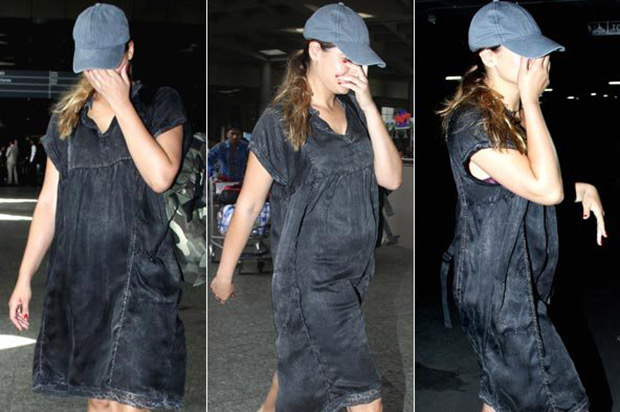 Actress Nargis Fakhri has been under the fire since her IIFA 2017 appearance. Many online trolls have been body shaming her since she has put on some weight. Recently, Nargis Fakhri's airport spotting raised some questions on whether she was expecting a baby. 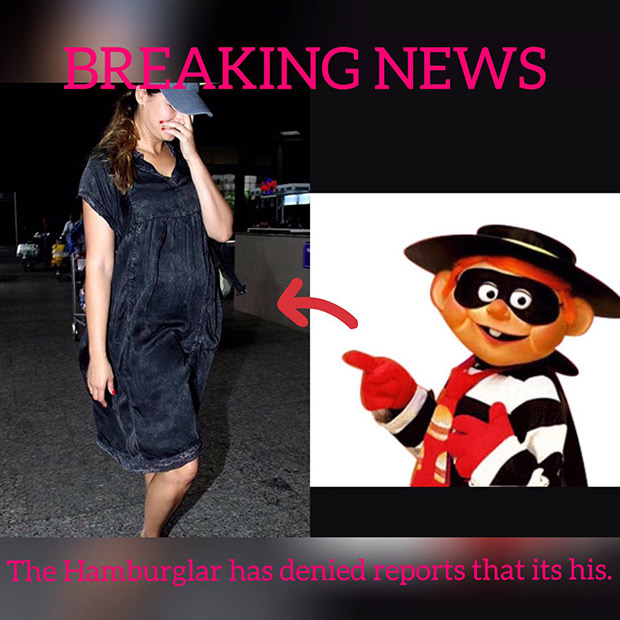 A few media portals thought that Nargis Fakhri was pregnant during her recent appearance when she was wearing a lose dress and was hiding her face. Now, Nargis has taken a jibe at the pregnancy rumours and said that she is not expecting a baby. In some photographs, the actress can be seen hiding her face from the paparazzi.

However, Nargis Fakhri took to Twitter to clarify that her weight gain is just because of eating.  "Here you go. I'll do the job for you. And no I'm not pregnant. Ok maybe it's a hamburger baby. But, don't tell the hamburglar,"

Nargis also shared a screenshot of the dress from fashion label Zadig & Voltaire and poked fun at her tummy. She further wrote, "Did anyone out there get the joke?.......... ok..... I think I hear crickets..well then I'll stick to smiling. Thanks bye."

On the work front, Nargis Fakhri was last seen on screen in Riteish Deshmukh starrer Banjo in 2016.

Pregnant Anushka Sharma is desperate for a…