The first appearance of Indian filmmaker and actor Farhan Akhtar in the Disney+ Marvel series Ms. Marvel is here. The actor was cast in an undisclosed role but it has been revealed he was up to in the MCU's first Muslim superhero show. In the episode on Wednesday, Kamala Khan had new enemies to fight as she discovered more about her cosmic superpowers. 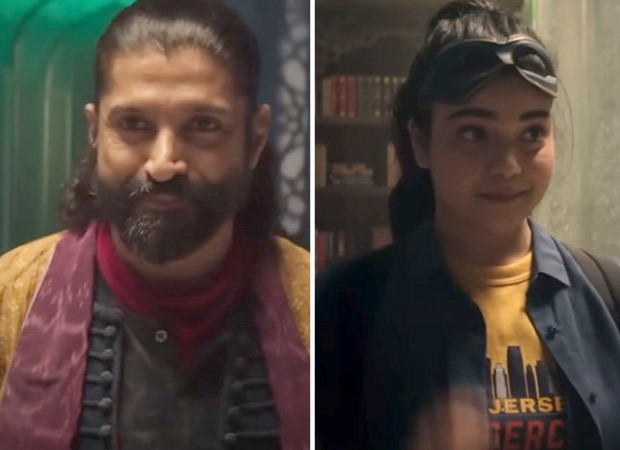 SPOILER ALERT! Following her vision of a train in Ms. Marvel episode 3, Kamala (Iman Vellani) and her mother, Muneeba (Zenobia Shroff), travel to Pakistan to understand what her visions meant and the mystery behind the bangle. They land in Karachi, find more about her heritage and her great-grandmother Aisha, and her Djinn heritage. She also comes face-to-face with the Red Dagger (Aramis Knight) who plays Kareem. He takes her to a secret hideout for the Red Daggers, a group of warriors who tend to stick to the shadows. There, Kamala meets Waleed (Farhan Akhtar), the leader of the Red Daggers, who offers up an ominous message, “When you’re ready, we have much to discuss.”

The episode is packed with action as Waleed explains Kamala how the world connects to the realm of Noor and her own destiny as a Djinn. Waleed says, “The Clandestines and Aisha are from another realm. There are many dimensions around us that we cannot see, and this is just one of them — and this is Aisha's home. It’s connected to our world, but hidden. Behind a veil of Noor that separates our world from them…” There is an intense showdown against the ClanDestine in the episode where you see Waleed sacrificing himself to protect Kamala and her new friends.

Zac Efron and Russell Crowe go on The…