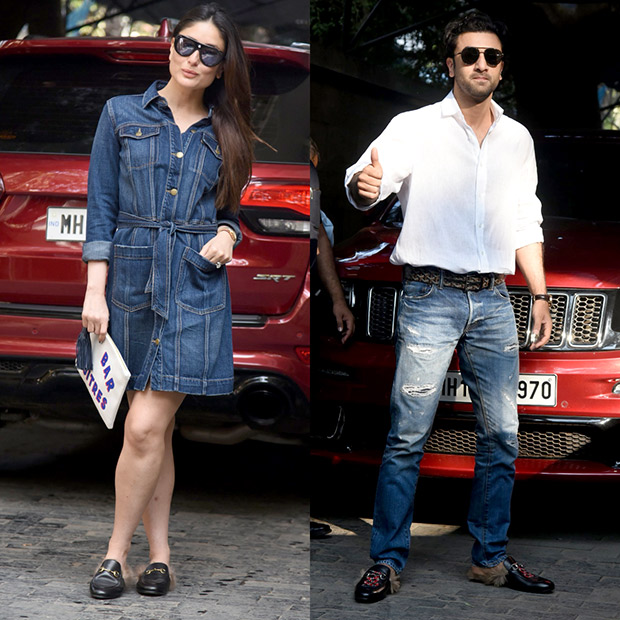 Twinning can be fun and how! While some of our favourite celebrity couples have taken this trend of twinning to heart, tinsel town cousins, Kareena Kapoor Khan and Ranbir had a twinning moment as they attended the Christmas lunch at the late Shashi Kapoor’s house. Stepping out in style in matching Gucci slip-ons, the duo gave us a new reason to pursue this trend this season! Far from being cheesy, the now-cool trend of twinning has assumed an undeniable fashion statement of sorts. Quite recently, we had seen Bebo twin with her sister at the lavish Ambani bash in the honour of Russian supermodel Natalia Vodianova. Getting her twinning swag on point with cousin Ranbir Kapoor, Kareena certainly is one diva who is besotted with this trend!

Going matchy-matchy was one of the buzziest trends of 2017 that rose to the fore, courtesy our beloved celebs and their go-to stylists. The Kapoor cousins are certainly no trend hounds but get their style sensibilities in sync with the international fashion scene and twinning was one of them! Let’s take a closer look at their twinning moment. 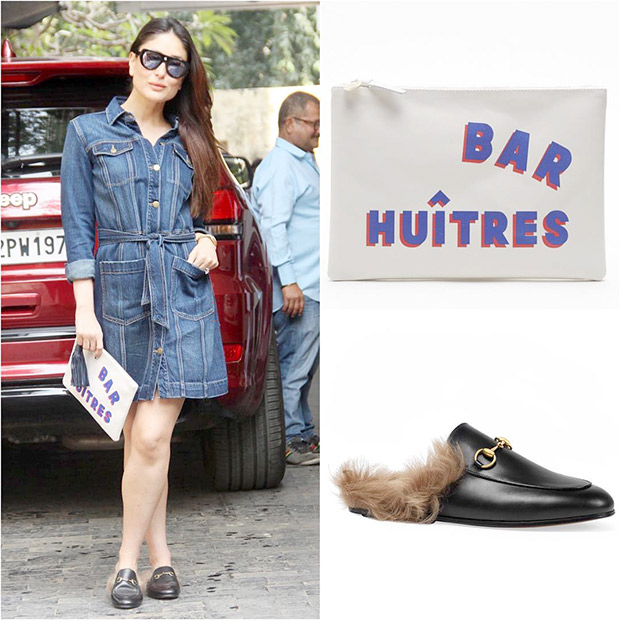 Kareena chose a belted denim dress teamed with a Clare V clutch and Gucci slippers. She finished out the look with a barely-there makeup, reflector shades and blow dried tresses left open. 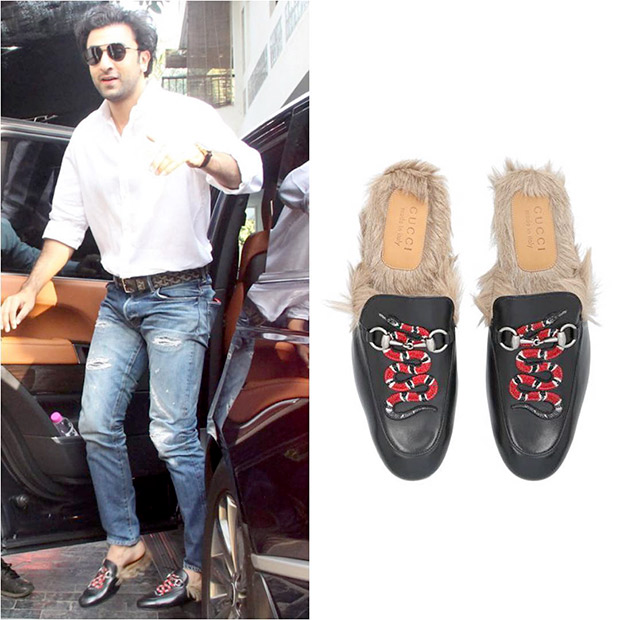 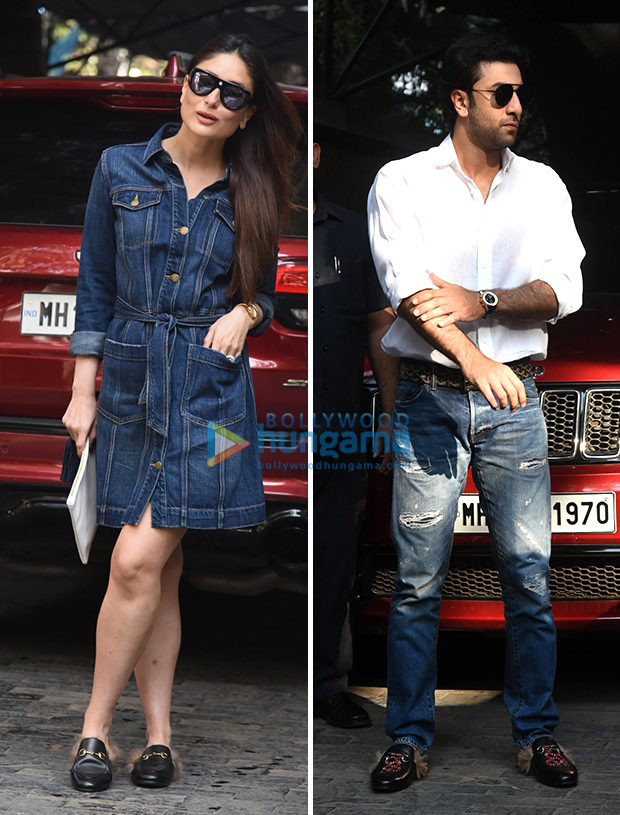 For the tinsel town, it’s quite safe to say that every day is a fashionable and a big runway! Their fashion certainly becomes a trend for mere mortals like us to follow and couple twinning is just another stylish chapter from their glorious book of style. While Kareena Kapoor Khan’s style outings have always been on point, we are quite intrigued with Ranbir Kapoor’s casual-meets-dapper take on style. In sync with his cousin’s sophisticated demeanour, their Gucci obsession is quite unmissable. 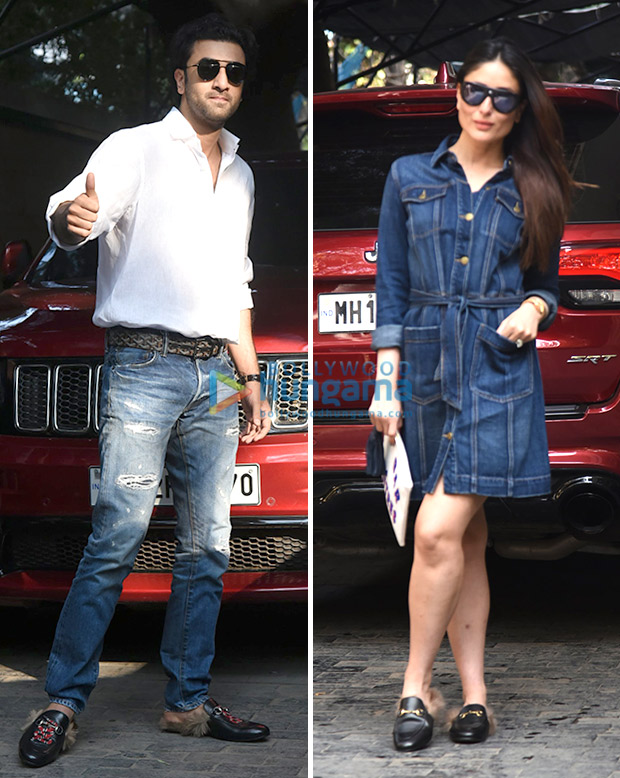 The duo snags a style score of 4 on our style meter.

On the professional front, Ranbir Kapoor is all set to essay the role based on Sanjay Dutt in Raju Hirani directed biopic and is touted to flaunt six looks from various phases of Sanjay Dutt’s life. Meanwhile, Kareena Kapoor Khan will be seen in the chick flick, Veere Di Wedding sharing the screen space with Sonam Kapoor, Swara Bhaskar and Shikha Talsania