Mira Kapoor and Shahid Kapoor have left the netizens in awe of them with their cute antics on social media. From sharing each other’s embarrassing pictures and videos to sharing mushy throwback pictures, these two are only raising the bar high for couple goals. Mira Kapoor took to her Instagram to share a picture from when she was admitted to the hospital after delivering their second baby, Zain. 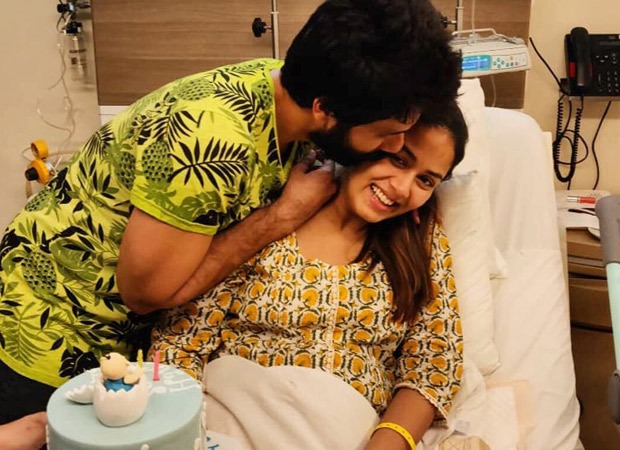 Shahid Kapoor is seen smothering her with kisses as Mira braces herself and they celebrate the cutest birthday party with an adorable cake. Mira Kapoor did not fail to point out Shahid Kapoor’s questionable fashion choices in the picture. Posting it with the caption, “#throwback to the coolest birthday party with a day old Zainu and being smothered by a questionably dressed Huz #callthefashionpolice #bringbackthosedays #gocoronago”

On the work front, Shahid Kapoor will next be seen in Jersey.