It was a starry night at the Manish Malhotra show on August 1 when Salman Khan and Katrina Kaif turned showstoppers for the designer. Whilst the event was houseful with several celebrities in presence, millennials Sara Ali Khan, Janhvi Kapoor, Khushi Kapoor and Ishaan Khatter were also making their presence felt at the event. 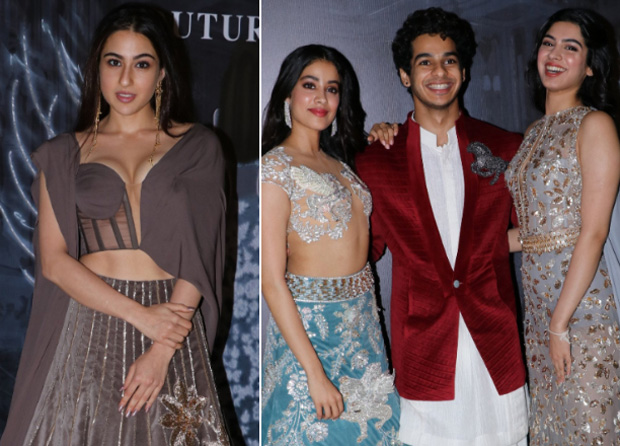 The four of them graced the red carpet at the Manish Malhotra in beautiful creations by the designer himself. While waiting for the event to begin, Sara Ali Khan and Janhvi Kapoor could not stop chatting with each other while Ishaan Khatter filmed them. Khushi Kapoor was just making goofy faces in the video with her sister's Dhadak co-star Ishaan. The four of them were seated next to each other enjoying the whole glitz and glamour.

Meanwhile, Ishaan Khatter and Janhvi Kapoor are enjoying the success of their film Dhadak. Directed by Shashank Khaitan, the film marked the debut of late actress Sridevi and Boney Kapoor's daughter Janhvi. This was Ishaan's second film after his debut in Majid Majidi's film, Beyond The Clouds.

Sara Ali Khan, on the other hand, is gearing up for the release of her debut film Kedarnath alongside Sushant Singh Rajput. The film, directed by Abhishek Kapoor, will release in November this year. Post that, she has her second release Simmba with Ranveer Singh which is scheduled to release on December 28, 2018.