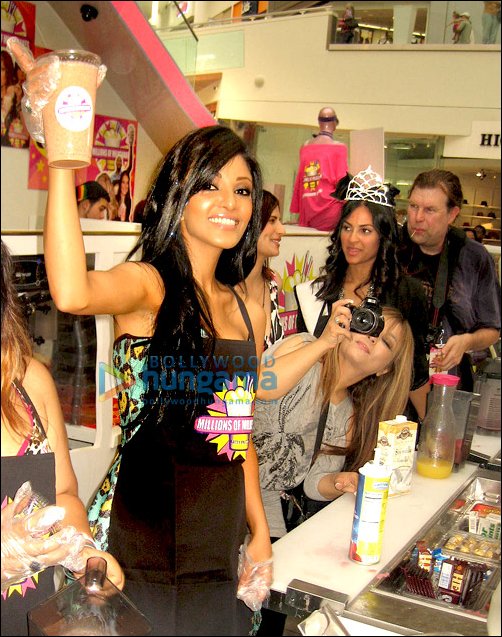 First it was the sultry Mallika Sherawat who had a milkshake named after her, but not far behind is the Bong beauty Koena Mitra, who just recently got one named after her.

Millionsofmilkshake.com launched a new milkshake after Koena at Culver City store in the Westfield Mall. The shake is named as Koena Power Shake! The flavours were also chosen by the actress and they included Kiwi, Grapes with Vanilla.

Commenting on the launch, the founder of Millions Of Milkshakes, Sheeraz said, "Koena Mitra is a face that could launch a thousand ships. Her involvement in Hollywood has brought tremendous attention to her activities by mainstream Americans."

While TJ Barring, President of JNB Group added, "We are happy to see Koena associated with Millions of Milkshakes. She brings a lot of Koena Power to the Shake."

The launch happened on August 15 in US.