Sushant Singh Rajput’s demise took us all by a storm and we’re still trying to cope with this major loss. A phenomenal performer who was highly underrated, Sushant Singh Rajput touched a lot of lives with a variety of roles across the 12 years of his career. He started off by playing Preet on Kis Desh Mein Hai Mera Dil and had been a chocolate boy ever since. An ardent fan of Sushant Singh Rajput, Aisha Thapar, wrote a heart-warming message for him recalling her journey as a fan. Take a look at it. 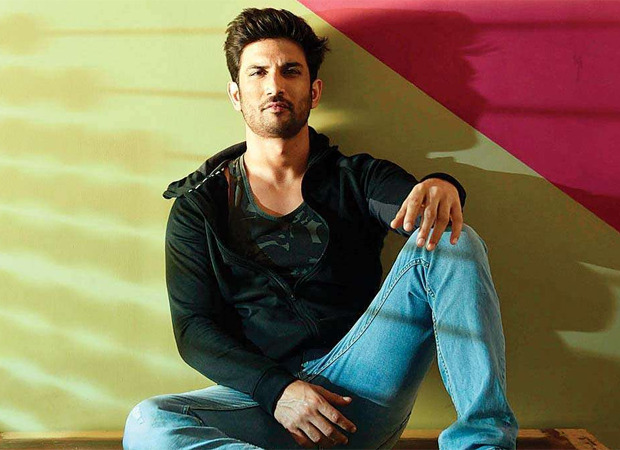 She writes, “I was only 12 years when I started watching Pavitra Rishta-Sushant’s TV debut as Manav Deshmukh. I fell in love with the show instantly. However, by the time I started watching the show Sushant had quit Pavitra Rishta and Hiten Tejwani was portraying the role of Manav Deshmukh. However, I watched the first few episodes to keep up with the story and Sushant became my first TV hero. Back then I was too young to understand how good of an actor he was but Sushant had made a place in my heart for his million-dollar smile and his dreamy eyes.

Years went by and my love for not only small screen but also Bollywood grew exponentially. In the year 2016, MS Dhoni: The Untold Story released. It was commended world-wide and Sushant Singh Rajput got his big break. He won hearts all across the globe. He kept doing his job as an actor and entertaining his fans. Kedarnath was one of my favorites.

On 14th June 2020, at around 1.30pm IST the news broke on social media that he was no more. By around 6pm there were various pieces of information coming in saying he was suffering from depression and that seven films that were offered to him were taken away one by one from him and so on. RIP posts flooded social media. People shared their experiences with him and profoundly apologized for not being there for him. Five days have passed since the world lost him and yet, no one exactly knows what he was going through. The lack of information relating to his sudden decision to end his life has made way for a blame game to be played. Nepotism has been the most frequently used word since Sunday, there are cases being filed against major producers, there are numerous videos and tweets on social media posted by celebrities expressing their perspectives of the issue, there are fans carrying out protests with the slogan “Justice for Sushant Singh Rajput!” The fact that there was no suicide note found has led to people pointing the finger at anyone and everyone because that’s the easiest way out.

Let me get this across to you… Sushant never called his journey a struggle… He loved the work he did… He had immense respect for the work he did and he did justice to every role he portrayed. He entertained us-his fans, for the past 12 years. Most importantly he was a man who had a very clear vision of what he wanted from life. He was much more than just an actor, he was educated, he was smart, he knew what really mattered in life, he was a generous, humble individual and had a unique personality. Yet, after all his understandings about life, success, fame and failure, after everything he had achieved in life, he had one extremely weak moment where he chose death over life. The trigger for his actions is still unknown. Maybe, it will be unknown forever. But what did we do with that one weak moment he had? We chose that to start playing blame game. WE ALL FAILED HIM! When I say ALL its ALL of us from his fans, to his directors, to his producers, to his friends to his family…

There is no use of what we are doing now. There is no way we can give justice to Sushant… because nothing we do is going to bring him back… Nothing we do is going to give his family peace… Nothing we do is going to fill the void he has left in his friends’ lives… So please let’s stop with the blame game… Let’s celebrate the life he lived… Let’s thank him for entertaining us… Let’s pray that wherever he is now he has found the peace he couldn’t find here in this world… Let’s all watch “Dil Bechara” and give him his final goodbye… And most importantly let’s learn from our mistakes… Let’s learn to appreciate the people we love because there is no point in doing so after they’re gone… Let’s learn to address issues when people are alive and not when they’re gone… Let’s learn to do our part so that no one has that one weak moment where they choose death over life…

I hope wherever you are now you are happy because you knew there was nothing more important in life than happiness. Thank you for entertaining us for the past 12 years. Thank you for portraying such beautiful roles. Thank you for inspiring people. The fact that there was no one who could talk you into not ending your life on Sunday morning, despite having so many people who loved you across the world saddens me the most. I try to find reasons everyday as to what made you choose this drastic step but I meet a dead end every single time I try to do so. You will be fondly remembered and dearly missed in the years to come…