The Indian film industry lost another icon Jagdeep on July 8 after he breathed his last at Bandra residence. He was laid to rest on July 9 in presence of his family and few friends. As tributes have been pouring in for the actor, his grandson Meezaan Jaffrey shared a throwback photo remembering his grandfather. 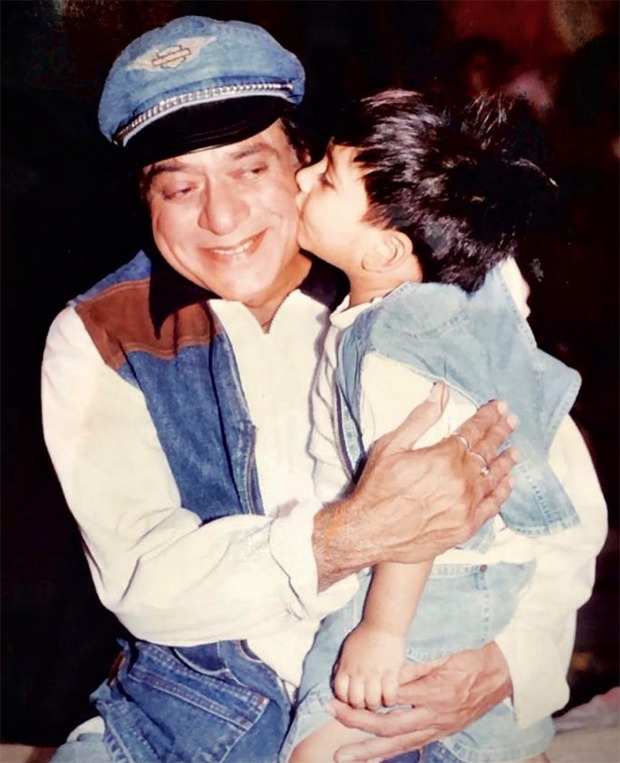 In the picture, toddler Meezaan is seen giving a sweet kiss to Jagdeep. He simply captioned the photo with a heart and folded hands emojis.

Meezaan Jaffrey is the third generation from the family who has made his way to the films. He made his debut last year in Sanjay Leela Bhansali's production.

Jagdeep began his comic career with Shammi Kapoor starrer Brahmachari in 1968. But, it was Sholay that gave him critical acclaim. He played Soorma Bhopali in Sholay (1975), Machchar in Purana Mandir (1984), Salman Khan's father in Andaz Apna Apna (1994).

ALSO READ: Amitabh Bachchan remembers Sholay co-star Jagdeep in an emotional post – “He had crafted a unique individual style of his own”