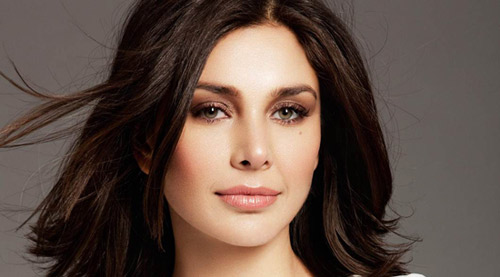 The very beautiful and brave Lisa Ray is looking at extending her family. She got married to Jason Dehnvi two years ago. But barely gets time to spend with him these days.


Says Lisa, "I just got back to Mumbai. I'm very very busy. I've some upcoming film projects which I don't want to talk about right now. I'm writing a column for DNA, there are many ad shoots and appearances. But most importantly, I'm renovating our home in Mumbai and settling into Hong Kong. It's also going to be my father's 83rd birthday soon. I will be celebrating with him in Kolkata."


Lisa says life is a 'Fine Balance' right now. "I'm happy to be back in Asia."


Recently she was bathed in acclaim for her appearance in the play Taj with Kabir Bedi.


Says Lisa, "Taj is not my first time on stage. It's unfortunate that most people in India don't realize I'm a trained theatre actor. I went to drama school in London and I've been on stage many times. I love performing live."


Lisa loved being on stage for Taj. "Taj was a unique experience. It's just myself, Kabir and some extraordinary Kathak dancers. I simply loved playing Jahanara. It was a lot of work, demanding hectic travel schedules. But it's such a riveting play visually, a very innovative re-telling of Shah Jahan's last day. Our director Tom Diamond is one of the most renowned opera directors in North America! I loved every moment, very proud of the play which was commissioned by Lata Pada, one of Canada's most renowned danseuses. I'm always a bit sad that India is rarely recognized for its artistic achievements abroad."


Lisa Ray recently did a photo-shoot with legendary Canadian musician Bryan Adams. She is all praise for Adams. "He was shooting several chosen style icons of Toronto. After he finished we posed for selfies which he insisted on retaking a few times until the result was to his satisfaction He was so warm. He chatted about his life in England. He shared pictures of his new wife. He spoke about performing in India. But mainly he was very focused on his work until the shoot was over."


There is more on Lisa's plate. "I'm also signed to L'Oreal now and I'm the global brand ambassador for Insight Vacations. I'm going to NY shortly to talk about travel in India.


To be honest, it's been travel and more travel. I miss my hubby. We spent New Year's Eve in Goa with my friend Wendell and now I won't see him until March in Hong Kong. But I'm enjoying this lifestyle tremendously."


Says Lisa, "We're hoping to expand our family later this year. Maybe a dog and yes, maybe a baby."