We miss the cinemas and the excitement they brought. Phase 4 of the MCU is highly anticipated and Marvel takes you through memory lane of every movie including Avengers: Endgame that included first-day reactions of the audience. In a video celebrating the love of storytelling and the Marvel Cinematic Universe’s most memorable moments, Marvel Studios gives a hint of what’s to come in Phase 4! 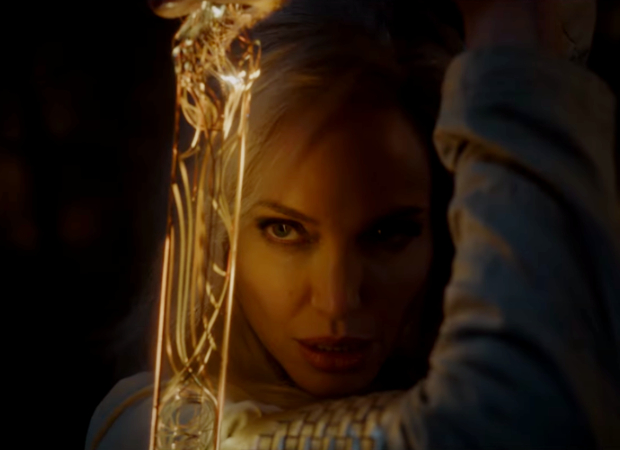 The video opens with the late Stan Lee stating, “I love being with people; it’s the most incredible feeling in the world. That world may change and evolve, but the one that will never change – we’re all part of one big family,” as scenes from Marvel Studios’ Iron Man, Captain America, Thor, Avengers, and Black Panther play, and so much more. “That man next to you; he’s your brother,” continues Lee. “That woman over there; she’s your sister. We’re all part of one universe that moves ever upward and onward to greater glory.”

The video gives the first look at Eternals starring Angelina Jolie, Richard Madden, Kit Harrington, Gemma Chan, and Kumail Nanjiani. It features an exciting new team of Super-Heroes, ancient beings who have been living on Earth in secret for thousands of years. Following the events of Avengers: Endgame, an unexpected tragedy forces them out of the shadows to reunite against mankind's most ancient enemy, the Deviants. The film releases on November 5, 2021.

Apart from that, Black Widow kicks off Phase 4. In the action-packed spy thriller, Natasha Romanoff aka Black Widow confronts the darker parts of her ledger when a dangerous conspiracy with ties to her past arises. Pursued by a force that will stop at nothing to bring her down, Natasha must deal with her history as a spy and the broken relationships left in her wake long before she became an Avenger. It is set for July 9, 2021.

Black Panther 2 is officially announced with the title Black Panther: Wakanda Forever. While it is unclear how they take Chadwick Boseman's legacy forward, the audience will have to wait for more updates. It’s expected to hit theaters on July 8, 2022.

We also see the highly awaited Shang-Chi and the Legend of the Ten Rings clips in the trailer. It stars Simu Liu as Shang-Chi, who must confront the past he thought he left behind when he is drawn into the web of the mysterious Ten Rings organization. The film also stars Tony Leung as Wenwu, Awkwafina as Shang-Chi's friend Katy and Michelle Yeoh as Jiang Nan, as well as Fala Chen, Meng'er Zhang, Florian Munteanu and Ronny Chieng. It is releasing on September 3, 2021.

Doctor Strange in the Multiverse of Madness is set for March 25, 2022. Directed by Sam Raimi, it will see the return of Benedict Cumberbatch (Doctor Strange), Benedict Wong (Wong), Rachel McAdams (Christine Palmer), and Chiwetel Ejiofor (Mordo), as well as the addition of Elizabeth Olsen (Scarlet Witch) and newcomer Xochitl Gomez who will portray America Chavez, a new fan-favorite from the comics.

Thor: Love and Thunder arrives in theatres on May 6, 2022. Directed by Taika Waititi, the film is currently being filmed in Australia. Christian Bale joins the cast as Gorr the God Butcher, alongside Chris Hemsworth (Thor), Natalie Portman (Jane Foster), and Tessa Thompson (Valkyrie) returning to their roles. Russell Crowe reportedly plays Zeus.

Fantastic Four is coming back. Marvel’s first family is making their way as Jon Watts is set to direct. Though the cast and the release are yet to be announced.

ALSO READ: Simu Liu makes powerful arrival in Marvel Cinematic Universe in first teaser of Shang-Chi and the Legend of the Ten Rings