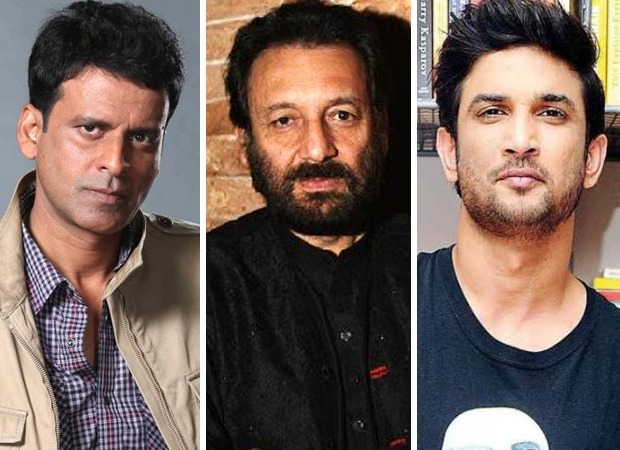 “He touched my feet, told me, 'Sir, I am also from Bihar'. He talked about his village and the fact that we were shooting at the location of Bandit Queen. He used to prepare for scenes to get it perfect each time. Also on the sets, I spotted two books on Quantum Physics by his side. He used to carry a telescope with him, and like a child he used to flaunt it to people, asking them to join him in gazing at the galaxy," Manoj said recollecting his first meeting with Sushant.

Shekhar Kapur spoke about the efforts put in by Sushant for the film Paani to get into his character. “He would lose all weight and come back as a skinny man in one week. For three months he prepared to get into the character. I kind of fell in love with him. He gives so much, which director wouldn't want to work with him?” he said.

“Before casting him in Paani, I had seen his Kai Po Che and a Pepsi ad which he had done. Both had a similarity, a restlessness. He was unpredictable like a spring which can bounce anytime. And that’s what I needed in Gaura. That unpredictability is creativity and his unpredictability had an innocent charm. If you don’t wish to work with such an actor, it is the director’s weakness,” he added.

However, Paani got shelved after the producers YRF backed out. Kapur said that Sushant was very upset when the film got shelved. “When the film shut down, he cried and even I cried along with him,” the filmmaker said, adding that he regrets not having made a film with him.

Talking about the outrage on social media post-Sushant’s death, Manoj said, “People had seen a hero in Sushant who rose from amidst them. And the passing away of that representation who gave them hope has somewhere left those people angry. I see the cacophony around him, where people are trying to find a reason behind his suicide. Everyone has their own theory, and we aren’t talking about the contribution Sushant has made at such a young age, the journey that he took and where he reached.”

“Whoever is supporting nepotism, is restricting their own journey, their creativity. Both you and Sushant are self-made. Kangana might fight for herself but see how successful she is. People who come from small towns have more strength. Those from Mumbai are weak,” Manoj Bajpayee further said, highlighting the debate around nepotism.

ALSO READ: Shekhar Kapur on Sushant Singh Rajput’s death, says he knew what he was going through