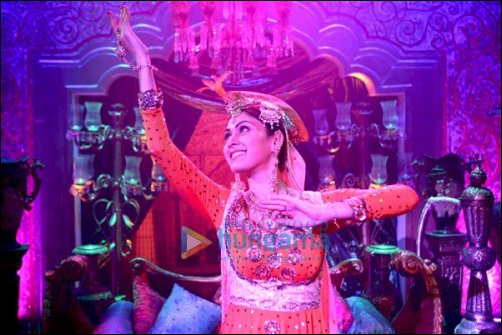 After impressing one and all with her act in Jaane Tu...Ya Jaane Na, the pretty Manjari Fadnis will now be seen in Disney's Zokkomon alongside Darsheel Safary and Anupam Kher.

In a particular song sequence in Zokkomon, Manjari would be seen in 16 different get-ups. The song called 'Eena Meena Maina Mo' has Manjari dressed up as Anarkali, Helen, Catherine Zeta Jones, Devdas' Paro and many others.

In fact, within just three minutes of screen time she has morphed her look from Catherine Zeta Jones in Chicago to a glamorous office girl to an Arabian Nights look in harem pants!

The 16 different looks have been inspired by popular film icons across Hollywood and Bollywood, and Manjari and Darsheel had a complete blast shooting for the song.


The song has choreographed by the dance maestro Shiamak Davar himself, and sources say that it is one of the highlights of the film.


Zokkomon releases across theatres on April 22.

5 reasons that make Criminal Justice: Behind…

EXCLUSIVE: “Pankaj Tripathi and I would…