Tabu, who recently appeared on Maniesh Paul's show, Movie Masti with Maniesh Paul, was taken in for a pleasant surprise by the sweet gesture of the show's entertaining host. Maniesh's new television show that premiered this month has been received very well by the audience, especially his fans who couldn't stop raving about Maniesh's humour, spontaneity, and camaraderie with Bollywood celebrities who appear on the show.

Tabu, who had a whale of a time shooting with Maniesh recently, spotted a unique poster of her critically acclaimed movie, AndhaDhun on the set of the show. When she informed Maniesh that she really loved the film's poster, he decided to present it to her after the shoot got over.

Tabu not just thoroughly enjoyed shooting for the show with Maniesh but the 'icing on the cake' moment was when the popular host gifted the poster of her film, AndhaDhun to her. Packed with never seen before entertainment, the show is all about masti and fun - a show that endeavours to make the audience laugh every step of the way. 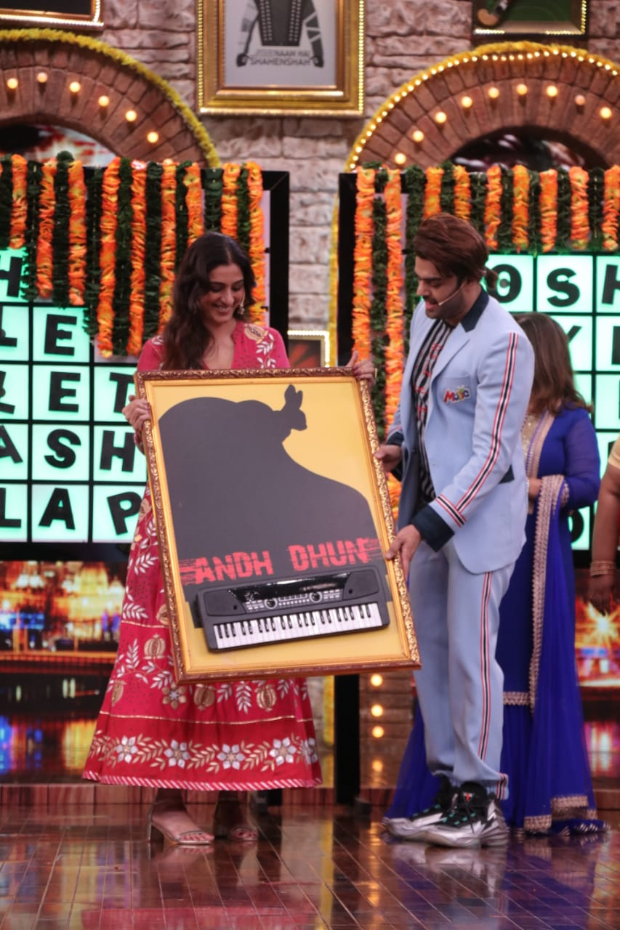 Featuring a range of Bollywood A-listers from Akshay Kumar, Ajay Devgn, Suniel Shetty to Kajol, Raveena Tandon, and Kriti Sanon among several others, Maniesh has impressed one and all with the unique concept of his show that ranges from buzzer rounds to filmy crosswords, hook steps challenges to virtual reality game.

Also Read: Tabu drops her look from Jawaani Jaaneman like a BOMB!

Srishti Jain braves an injury and shoots for…