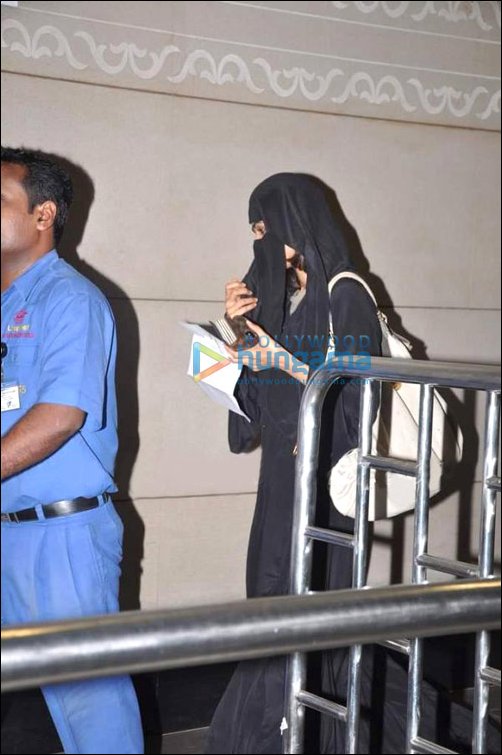 As camera lights kept flashing at Mumbai's international airport capturing all the Bollywood celebrities leaving for IIFA Awards which is being held in Toronto, the media came across this rather suspicious female clad in a burkha, trying to sneak her way in. The female in question turned out to be none other than Madame Mallika Sherawat.

Mallika, dressed in a burkha, carrying a big white tote bag with a Louis Vuitton diary and a cell phone in her hand, came to the airport in a semi luxury car and quickly walked inside the check-in gate.

Some say that this self proclaimed "Hollywood" actress who every now and then does a Bollywood movie wore a burkha to avoid getting herself mobbed by the paparazzi and public at the airport and by other passengers inside the plane. While others claim that this "international star" was trying to keep a low profile and avoid the unnecessary queries of the customs as a fortnight back her brother Vikram Lamba was detained at the airport for carrying more than permissible foreign exchange.

So next time you see someone wearing a burkha at the airport, watch out as she might just be Mallika Sherawat.